Take control of some of the most iconic superheroes of the Marvel Universe in this squad-based RPG. Form a well known group such as the Fantastic Four or create your own custom group of heroes to battle Dr. Doom and the Masters of Evil.
Game Boy Advance PlayStation Portable PlayStation 2 Xbox 360

Marvel Ultimate Alliance is the spiritual successor to Raven Software's X-Men Legends series that opens the story and character roster to the entire Marvel Universe instead of focusing just on the team of mutant superheroes, the X-Men. A squad-based RPG where the goal is for players to create teams of four superheroes from the initial roster of characters and complete various missions which in turn can unlock more characters for players to use. Each character also has four alternative costumes to be unlocked which grant bonuses to their performance. Bonuses are also granted if players create one of the superhero teams from the comics such as the Fantastic Four. Each character brings unique abilities to a players party and experience points gained from combat can be used to upgrade the abilities of selected heroes. Players can change who they want in their party throughout the game allowing them to use unlocked characters without needing to start a new game to use them.

The basic premise of Marvel Ultimate Alliance is to stop the evil mastermind Dr. Doom and the group of supervillains known as the Masters of Evil from taking over the world and players will find themselves aiding high-profile superheroes and visiting familiar locations such as Stark Tower and the S.H.I.E.L.D Helicarrier along the way. Players will find they receive an alternate ending based on decisions they make during the game. On top of the already mentioned unlockable characters and costumes, players can also access bonus material such as artwork and extra missions that don't relate to the main story of the game.

Marvel Ultimate Alliance has a number of characters for players to form a group with at the start of the game, with many more that can be unlocked by playing through it. However some characters can only be unlocked on platform specific versions of the game. The Xbox 360 version of the game received eight additional characters through downloadable content (which is no longer available on the Xbox Live Marketplace). A later version of the game was released on the Xbox 360 in May 2007 titled 'Marvel Ultimate Alliance Gold' and had these same additional characters included on the disc.

Downloadable and Gold Edition (only on the Xbox 360)

Marvel Ultimate Alliance offers extra side content via in game terminals. These include:

Both the Trivia questions and Challenge stages offer extra incentive for completion by granting unlockables; such as costumes, medals, and even achievements.

Marvel Ultimate Alliance requires 5.9GB of space to install on the Xbox 360 HDD. 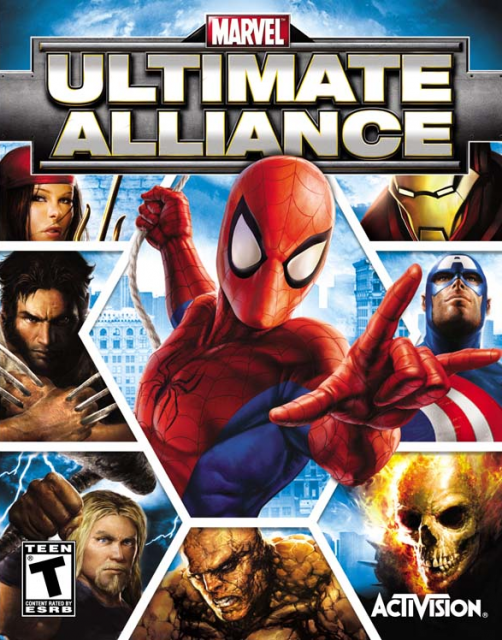