Enhanced ports of both Atelier Marie and Elie released by Kool Kizz for the Dreamcast and later a reworked version for the PlayStation 2 by Gust themselves.
PlayStation 2

The Dreamcast release was bundled with a decorative phone strap featuring a small figurine of one of the series' characters. Additionally, the Dreamcast discs contained several screensavers accessible by putting the discs into a PC, although issues with this feature led the initial release to be recalled.

In 2005, the compilation was brought to the PlayStation 2, with the port handled directly by Gust, the Atelier series' main developers. The port introduced further graphical enhancements, with many art assets being re-scanned to take advantage of the PlayStation 2's increased resolution capabilities.

The initial Dreamcast release Marie & Elie featured a total of twenty-six screensaver programs for use on PCs. Twenty-four of the screensavers were themed around the games' characters, wherein sprites of the characters would run along the screen revealing an image. The remaining two were art slideshows.

Shortly after release, it was discovered that all 26 of these programs inadvertently contained data from the "Kriz" computer virus, which would infect host Windows 95, 98, and NT PCs if any of the screensavers were run. After infection, the virus would wait until Christmas day before attempting to delete every file on the host computer and any network-connected systems, before wiping the computer's BIOS and CMOS.

Five days later, on November 20, developer Kool Kizz offered a formal apology, warning users against running the screensavers and offering virus detection tools for those who already had. Alongside the apology, Kool Kizz recalled the game to issue non-infected copies. 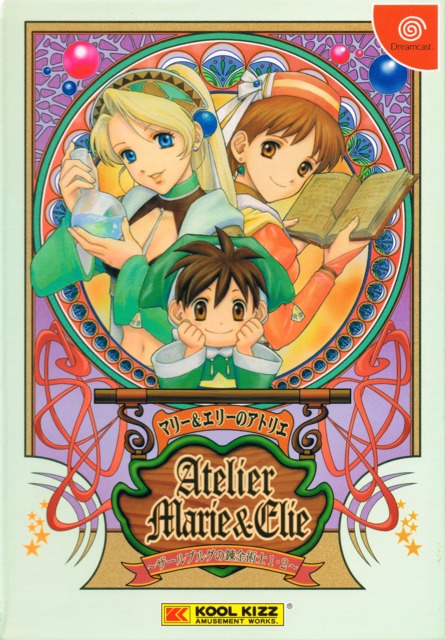