F1 Circus MD is a racing game from Nichibutsu's Formula One series, F1 Circus. It is the first and only game in the series to be released for the Sega Mega Drive.

The game uses a top-down perspective with on-screen icons indicating upcoming turns and the player can customize their vehicle beforehand to suit the next course and its weather conditions. The player can also practice on tracks and set times before they start the official race, and can select which team they want to participate on. Slightly altered names of actual F1 racers are featured in the Grand Prix mode. 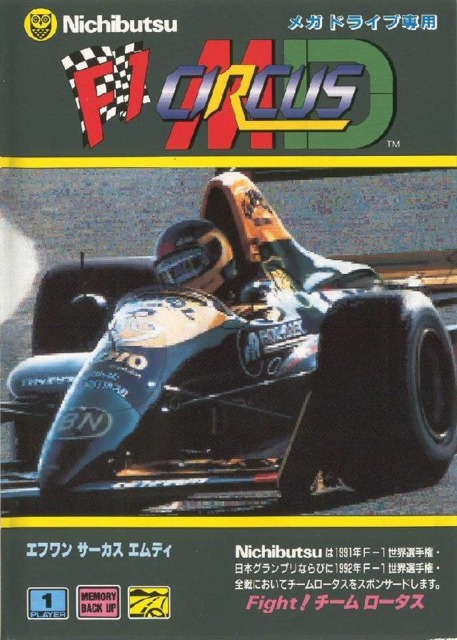