Kamigami no Asobi is a romantic visual novel in which the protagonist, Yui Kusanagi, is brought to a mystical school to teach gods from various mythologies about humans and love.

The romanceable characters are: the Greek gods Hades and Apollon, the Norse gods Loki and Balder, the Japanese gods Tsukuyomi and Susanoo, and the Egyptian gods Anubis and Thoth. Each character has 4 endings; 2 "Fate" ends, and 2 "Love" ends.

It plays like a standard visual novel, but also includes quizzes about the various gods and their mythologies, which you can set the difficulty of.

It also has an anime adaptation. 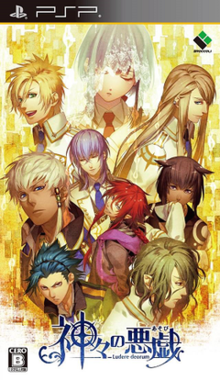