A tactical RPG from Koei for the original PlayStation, based on the Chinese novel Fēngshén Yǎnyì.

Hōshin Engi is a Japanese-only tactical RPG developed by Fu-Qi and published by Koei for PlayStation in September of 1998. It is based on the 16th century novel Fēngshén Yǎnyì (封神演義, Creation of the Gods: A Historical Novel), one of the seminal works of ancient China.

The game's title is written in Kanji as 封神演義, the novel's title as it's written in traditional Chinese. Depending on context, this can be read in Japanese in a number of ways, all with the same meaning but different syllables. However, below the title it is re-written in Furigana as ほうしんえんぎ, signalling readers that it should be pronounced as Hōshin Engi. 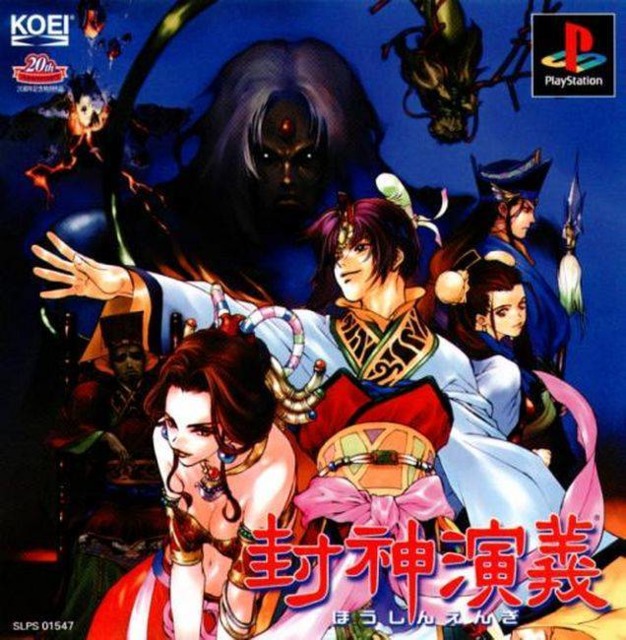