Bugtris is a puzzle game where players uncover and capture bugs.

Bugtris is a puzzle game released only in South Korea for the NES (and Master System/Genesis, see below). It resembles Tetris in almost every way, except that the main mechanic revolves around releasing bugs from the tetrominos and catching them.

Bugtris' only known standalone release was in February of 1996 for the NES. However, two months before that, it was released on a compilation cartridge for Master System and Genesis called Pigu Wang 7 Hab.

A version of the game, given the generic title Block Puzzle, has been found on Famicom multi-carts and Famiclone plug-and-play hardware. This version removes the bug mechanic, thus making it essentially play identically to Tetris. 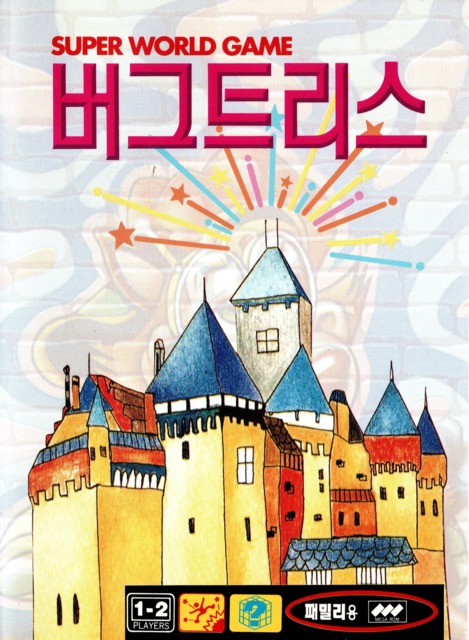