Jazz Jackrabbit is a platform game developed by Epic MegaGames (now known as Epic Games). It was released in 1994 for the PC. Jazz Jackrabbit was created by Cliff Bleszinski and Arjan Brussee, and inspired by classic console games such as Super Mario Bros and Sonic The Hedgehog.

Jazz Jackrabbit is a platform game produced by Epic MegaGames (now known as Epic Games). It was released in 1994 for the PC, as the brainchild of Cliff Bleszinski. It shares some similarities with the Sonic the Hedgehog games, and has been described as "Sonic The Hedgehog with guns". The game features six episodes; each episode consists of three worlds consisting of two stages and third boss stage. Unlike Sonic, Jazz has a life bar which can be replenished by collecting carrots, and he defeats his enemies by shooting them with an arsenal of weaponry rather than by jumping on them.

The game's storyline escalates the interspecies rivalry found originally in the fable of the "tortoise and the hare" into an intergalactic conflict. In it, Jazz must liberate the rabbit planet of Carrotus from the evil turtle mastermind Devan Shell and his reptile army, saving Princess Eva Earlong in the process. 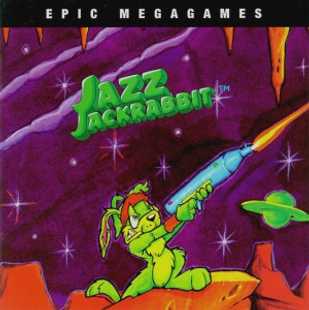