Watkins is a freeware platformer released by R-Games in 2000, starring the titular Watkins, a penguin who has to save the South Pole.

Watkins is a freeware action platformer that was released in November 2000 by R-Games for PC. The game was developed in The Games Factory, a simplistic game development tool. The game stars a penguin named Watkins who must recover the South Pole from Davy Jones, who has taken control of the South Pole and murdered Watkins' Grandfather Pole. The game contains four different worlds and upwards of thirty levels to traverse. 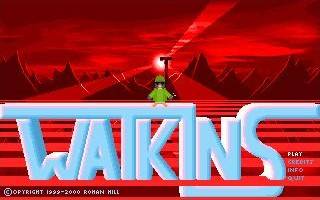