Chocobo's Dungeon 2 is a 1-2 player dungeon crawler RPG. The game is aimed at a younger target audience, with its bright colors and simplistic "chibi" like art style.

The game begins with Chocobo and Mog (the moogle) on a search for treasure in the core of the dungeon. As the game progresses the player will meet more characters that will accompany them through the dungeons, and that can be used by the second player. Such as Shiroma (the white mage) and Cid (the machinist). The game plays out as follows. The player guides Chocobo (and his companions or player 2) into the dungeons, moving from one randomly generated floor to the next, collecting items, combining weapons and armor, and fighting monsters, until they have traveled deep enough to reach plot points or boss battles (or both).

The core gameplay is for the player to control Chocobo around a dungeon floor, each time Chocobo takes a turn - so do the enemies. Items can augment the relationship with the enemies, such as claws that allow for more damage and different attack patterns, a saddle which acts as armor and gives Chocobo resistance to damage, and collars which could grant powerful bonuses to Chocobo (or devastating ones as well).

There is a town where Chocobo can spend hard earned gil on items to bring into the dungeons or on storage for keeping extra items in town so not to lose them.

The combination system allows the players to fuse items together in order to get better equipment. Combining equipment passes on some special abilities and can be used to create gear with multiple special effects (like a claw that attacks 5 ways and also heals you).

The game has some roguelike elements, such as losing items when failing to complete a dungeon and the randomization of the dungeon floor layout. However, some lost items will drift ashore for the player to retrieve at a later time. 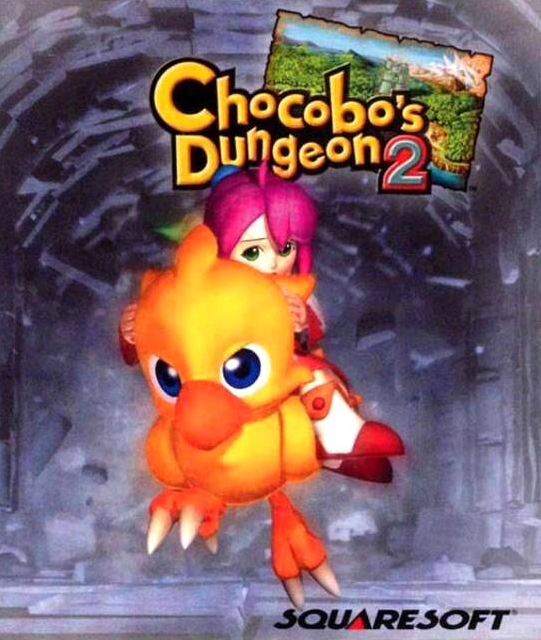