The Lord of the Rings: The Battle for Middle-earth

The Lord of the Rings Battle for Middle earth was published by EA for PC: it's original U.S. releases date was December 6th 2004. It is a Real-Time Strategy game set in Middle-Earth. The objective of the game is for one player to build a bigger standing army than the other player and economically cripple him. The game is set in the fictional world of Middle-Earth created in the hit books by J. R. R. Tolkien, however the game is based more on the blockbuster movies more than the fictional novels. The Battle for Middle Earth is really the first Lord of the Rings games to bring Middle-Earth to your computer. The player will be hypnotized by its great character models, map textures, and environments. This game uses the same engine as Command and Conquer Generals. This game offers a nice single-player storyline. Once the player has completed the storyline he can choose if they want to go online. The online portion of this game is a lot different than the single-player portion.

This game is similar to the average RTS, but has changes to attempt to make it distinct. The objective is for the player to create a base, gather all the resources, build an army, and destroy all opposing bases. This game is fast paced and games will roughly last 10-30 minutes. Unlike other RTS games, structures cannot be built anywhere. Instead, they are creating a specific plots around the map. Each player will start off with a base that has a set number of buildings you can build on it. If one wants to build more buildings they must explore the map and find more bases to build on. Bases range from outposts that only have 3 plots, to, in the case of Gondor, 9 plots in a castle. Players can also overtake enemy bases and build their own structures on the the previous base's foundation.

There are four factions in the game: Gondor and Rohan representing Good and Evil represented by Mordor and Isengard. The factions are split along the good/evil line to create noticeable differences (such as large Good factions having walls surrounding their medium bases and their large bases being full castles vs evil having no walls at all, but can have more troops). Within this, the game creates further distinctions (Gondor having more plots within their walls, but also needing a larger number of buildings to create all their potential units).

The campaign in BFME offers both a good and evil campaign. In the good campaign the player will work on defeating the evil forces of Mordor and Isengard. In the evil campaign the forces of evil will fight the forces of good. The campaign focuses a lot on heroes like Gandalf, Frodo, and Aragorn. The levels in each campaign are separated by cut-scenes from the movies which help tell the games story. The good campaign roughly follows the main events of the movies - you fight familiar battles in the Mines of Moria, Helm's Deep, Isengard and Minas Tirith and follow separate characters stories throughout the campaign. The final battle in the good campaign is set outside the gates of Mordor. In the Evil campaign however you command the forces of Isengard and Mordor and lead them to victory over the men of Rohan and Gondor as well as conquering the Shire.

The game features online multi-player with anywhere from 2 to 8 players. In the multi-player you choose your faction and start off in a base on the map and your objective is to destroy the other players armies and bases before they destroy yours. The games are not necessarily "free-for-all", players can make teams before the game (4v4, 2v2v2v2, 3v3 etc). The multi-player mode is essentially a Skirmish game but with players controlling the opposing teams instead of A.I.. 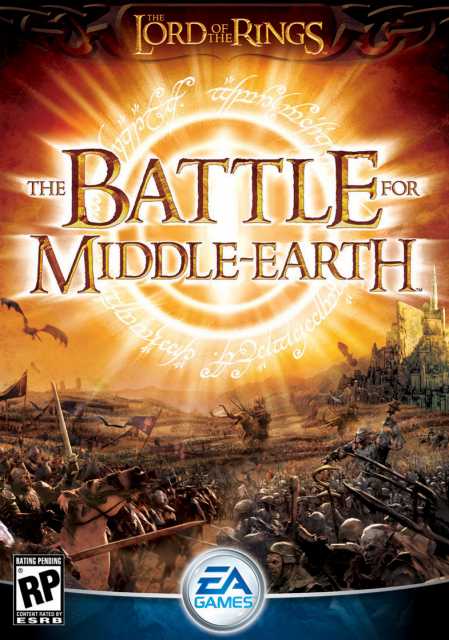