A side-scrolling shooter based on the "Dangerous Detectives" TV series in Japan.

In the game, the two detectives from the franchise - Taka and Yuuji - fight against hordes of mobsters and criminals in a series of side-scrolling levels, with both characters available simultaneously in the game's two-player mode. The pair traditionally stick to their service handguns, but can pick up alternative limited-use weaponry like grenades or a machine gun in various spots across the levels. 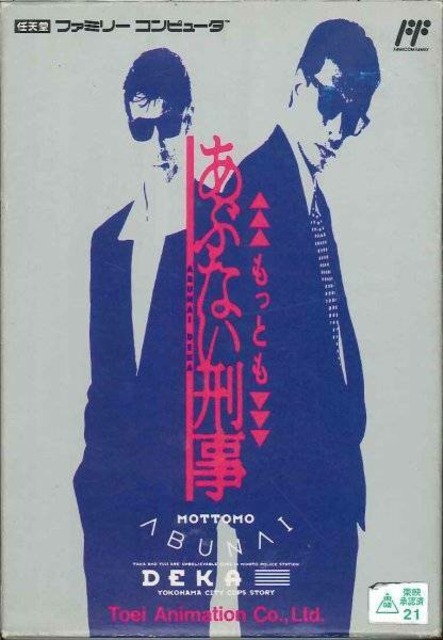