It's a pirate's life for me! Set on a tropical island during the golden age of piracy, Tropico 2: Pirate Cove appoints you as pirate king in this free-form management game.

Developed by Frog City Software, this sequel to Tropico shares many elements with its predecessor, while deviating in others. As pirate king, the player rules over a tropical island and is tasked with amassing resources, building up the island's infrastructure, and managing its inhabitants. Additionally, the main source of income is in pirate raids, wherein your ships are sent to patrol various ocean routes to commit piracy. The goal, as ever, is to stay in power for the full duration of the game while fulfilling any number of side goals.

The game has a number of scenarios available, and there is a customizable sandbox mode.

One of the core aspects of gameplay is managing the island's population. Unlike Tropico, there are now two distinct population types: pirate and captive.

Pirates serve on your ships and keep captives in line. They will not partake in any manual labor, and will demand a full complement of entertainment establishments on your island: grog, gambling, and wenches. Pirates are creatures of anarchy, and being around buildings which radiate lawlessness increases their satisfaction, while order decreases it.

Captives are the lifeblood of your economy, and are gathered from shipwrecks on your island and taken on pirate raids. These slave laborers do all the heavy hauling, resource gathering, crafting and establishment staffing on your island. To be kept in line, they must be instilled with fear and order, both provided by various buildings at your disposal. Should they grow too bold, however, they will attempt to escape your island, and will attempt to reveal its secret location to the colonial powers. Captives can be press-ganged to piracy, though they will begin as the weakest, lowliest type available.

Another core element is that of construction. You must provide buildings and infrastructure to keep both your populations in line and to increase in maritime strength. All construction projects require lumber at least, with increasing needs as complexity grows. Pirates will require entertainment facilities and homes to be satisfied, while captives require feeding tents and bunkhouses.

Managing your fleet ensures a steady source of income and more exotic resources to your island. Players begin with a single sloop but may construct multiple ships of varying strengths to direct on a province-style strategic map of the Caribbean. Each section of the map has ratings for risk, wealth and traffic, as well as which colonial powers are likely to be encountered.

Ultimately, the player must oversee these elements and more to stay in power for their full term. Pirate unrest and captive escapes must be managed, a steady source of income must be ensured, and relations with the colonial powers should ideally never reach an invasion. 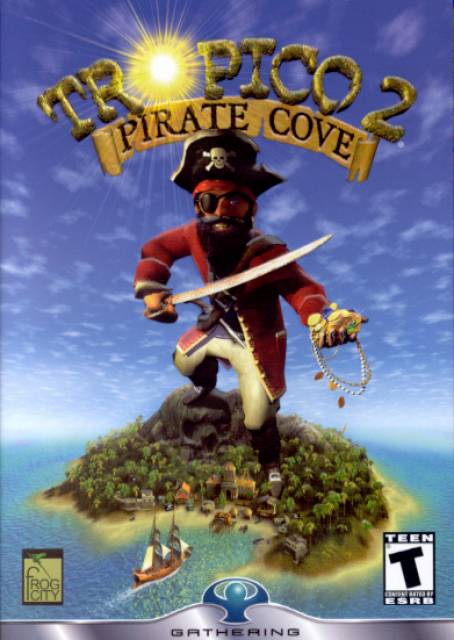