Game is based on the classic Concentration card game. Also known by names: Match Up, Memory, Pexeso..

All of the cards are laid face down on the grid.

In turn, each player chooses two cards and turns them face up. If they are of the same picture then that player wins the pair and plays again.

The game ends when the last pair has been picked up. The winner is the person with the most pairs.

There are two types of cards: Attack and Defend.
Attack cards deal damage to opponents.
Defend cards increase armor and then life points.
Player who loses all his life points loses the game.

Option to preview all cards at the beginning. 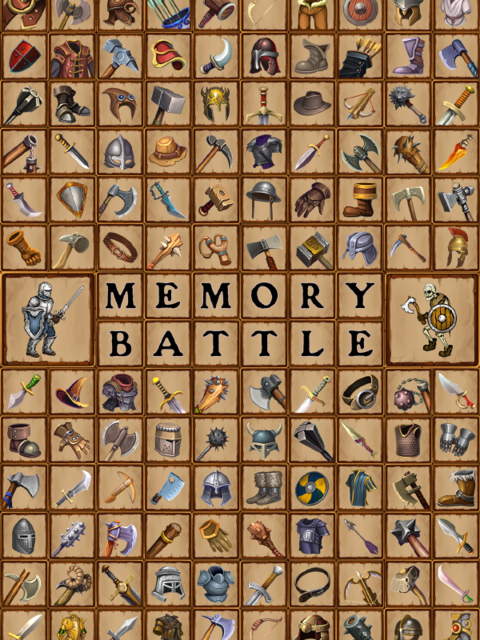