When Destiny calls, and no-one answers, four nerds are randomly summoned to save the day! Join those epic friendly nerds in their new adventure! They will have to explore, craft and build to defeat the three mad tyrant that rule this three crazy worlds!

Doom & Destiny Worlds is an indie turn based jrpg with a vibe of Dragon Quest Builders, including large explorable open world, tactic combats and equipment crafting/management.

One of the peculiar aspects of the game is that despite the turn based battles, it allows a fully fledged local cooperative multiplayer mode, where the turn based battles take place in the same screen as the main exploration, allowing players and monsters to join a battle that is already started, or leave a battle in the heat of combat while other still fight.

The main plot revolves around the exploration of three main worlds to find the location and gain access to the world's Tyrant to defeat him in battle. Exploration in open-world style with the strenght of enemies and players limiting the movement to only same-or-lower level fights.

Characters can craft various gear to help in their quest, and this is also the main way to gain power. Level increase through battle unlocks more equipment tiers, wich in turn unlocks powers and bigger stats. A level 20 naked character will more or less fight at the same level of a naked level 1 character.

Crafting gear happens at crafting stations where the player can combine over 20 different materials with gear blueprints to get a combination of bonuses unique to that particular combination. A stone helm will need strength to handle, but will provide more protection than one made of magic crystals, wich in turn will be way more useful to increase the mana pool of the character. 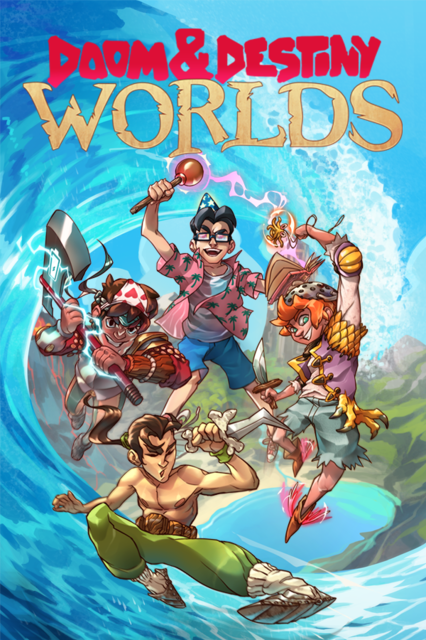