A virtual board game based on a Japanese marionette TV show, exclusive to the Japanese Mega Drive. Compete to become the new President of the island!

Hyokkori Hyoutanjima: Daitouryou wo Mezase! (roughly "Unexpected Contradiction Island: Aim to be President!") is a virtual board game similar to The Game of Life or Namco's Momotaru Dentetsu series in which the goal for each participant is to build their public appeal through random chance squares in a competition to become the new President of the island. 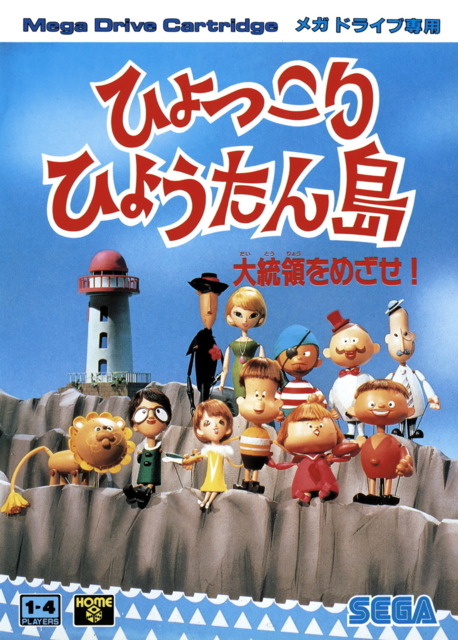