Shodai - Nekketsu Kouha Kunio-Kun is a SNES beat-em-up/RPG title released early in the system's lifespan. A psuedo-prequel to Downtown Nekketsu Monogatari, the game that served as the base for the cult NES classic River City Ransom, Shodai - Nekketsu Kouha Kunio-Kun has main character Kunio and his rival Riki going on a field trip with their class to Osaka. This being a beat-em-up game, something goes horribly wrong and the main characters must fight waves of enemies. 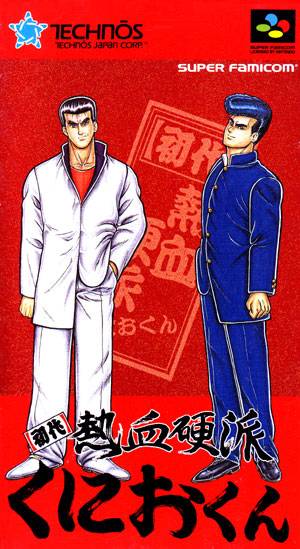