John Madden Football: Championship Edition is a football game released exclusively for the North American Sega Genesis and is part of Electronic Arts's Madden NFL franchise, albeit in the early days when they still didn't have the NFL license.

It is a modification of John Madden Football '93 that instead replaces its roster with various historical championship teams from the NFL, dating as far back as the 1960s, as well as two teams comprised of "Madden All-Stars." The game was not sold through conventional retail channels, but instead existed only as a rental game in participating stores. 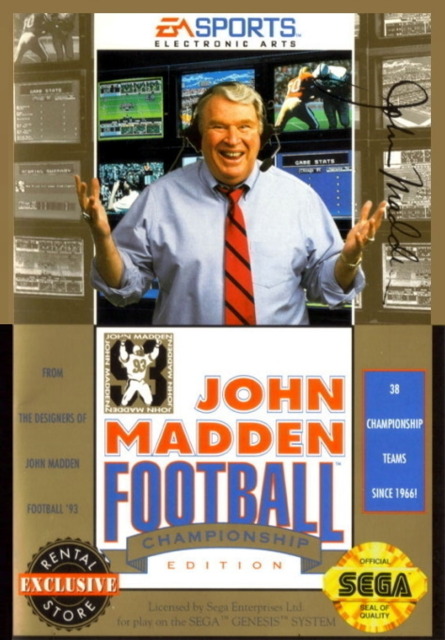