Fatman & Slim is an unreleased 3D ball platformer for PS2. Fatman can freely switch between three different types of pants: Bouncy pants that let him jump and bounce on the ground, floaty pants that let him fall very slowly, and metal pants that are heavy and can be magnetized. There are twelve stages, each with three soul fragments. Soul fragments are locked into shrines, which often have to be opened with a bomb and then paid off by collecting gears. After unlocking the shrine, the soul fragment must be led back to a central cauldron by using the metal pants.

Fatman's girlfriend Slim has been turned into a statue, with her soul scattered throughout various islands of an archipelago. Fatman must collect all the soul fragments and bring them back to revive her. 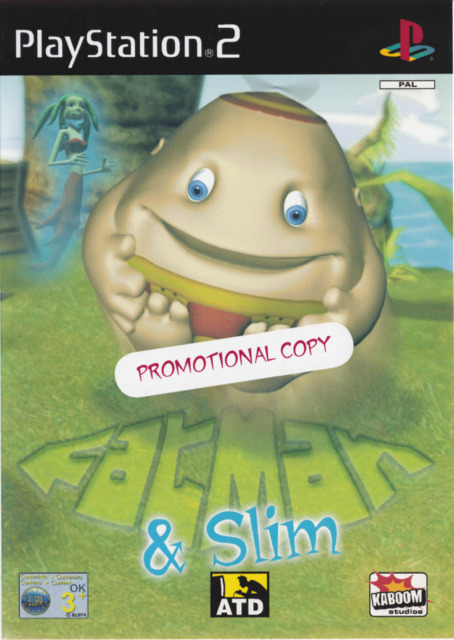