A 1989 arcade eroge variation of mahjong solitaire, notable for introducing the nikakudori variant where tiles are not stacked and valid matches instead follow a specific path-making criteria.

Believed to be the originator of the "nikakudori" variant of mahjong solitaire, Shisen-shou changes the traditional formula by using an unstacked rectangle layout and following the "nikakudori" ("two-angle take") rule, where all tiles are considered "open", but can only be matched if a path of 1-3 orthogonal line segments can be imagined between them that touches no other tile. The game has players undressing various drawn women by completing puzzles, with layouts getting larger and more difficult a more puzzles are completed.

Similar to Shanghai and its derivatives, the game's name and theme is based on a Chinese region (which is the province of Sichuan). Along with a sequel and a handheld adaptation, it received numerous clones (most of which use the Shisen-Sho or Nikakudori name).

The game received an unofficial port by the West German studio Lasersoft in 1990 for MS-DOS, Amiga, and Atari ST computers. Known as Lin Wu's Challenge, this version removes the eroge element for a story involving challenging champions from all over the world (before a match with the titular Lin Wu). 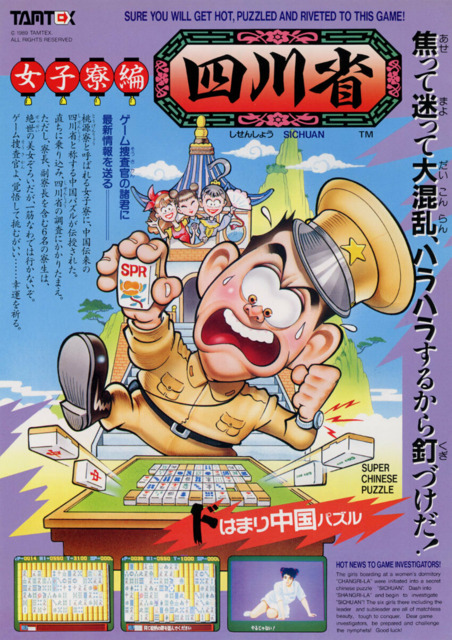