Grand Theft Auto: London 1969 is the second game in the Grand Theft Auto series. It is an expansion/mission pack for the original game and comes with 32 new missions and 30 new vehicles. The game features Cockney slang in place of some in-game text, for example "Busted!" is now "You're nicked", and "You're brown bread", which is Cockney rhyming slang for "You're dead," replaces "Wasted!" when you are killed.

Gameplay is relatively similar to the original GTA, with missions delivered via payphone in exchange for cash and a multiplier bonus. Each level is beaten when a set score is reached. 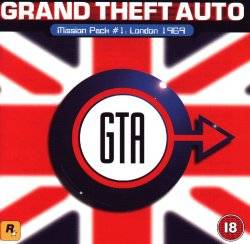