Side-scrolling platformer for the Atari Jaguar. Battle against a corrupt corporate army through 20 futuristic levels.

Hyper Force is a sci-fi platformer/shooter from Visual Impact for the Atari Jaguar that was preserved and released by retro game specialists Songbird Productions after the Jaguar was discontinued.

The game pits the player, as an agent of the Interstellar Special Forces, to fight the planet-stripping corporation Trans Con before they have enough resources and firepower to launch an attack on the Terran High Command. Players make their way through each stage earning coins and money which they spend in the store between stages to upgrade their weapons and purchase other power-ups. 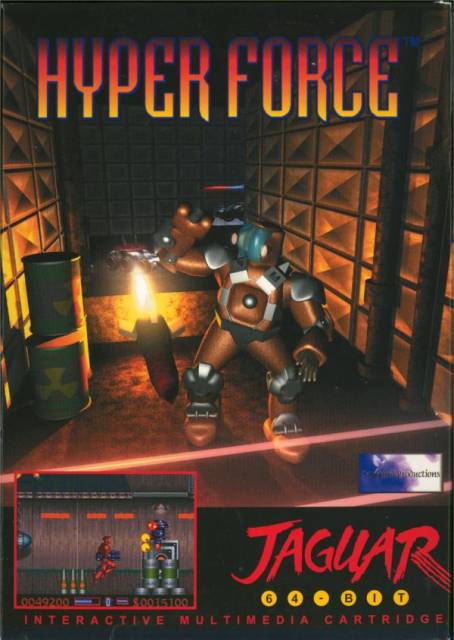