A cartoonishly violent football game. Originally released on European home computers, it was made available to the US via the Atari Jaguar.

Brutal Football, or Brutal Sports Football, is an extremely violent Arcade-style football game. During play, players pick up weapons like swords and bombs off the pitch to use against the opposing team.

Brutal Football was released on the Amiga, Amiga CD32 and PC platforms in Europe and on the Atari Jaguar worldwide.

On August 13th, 2019 the game was officially re-released on PC by Piko Interactive. 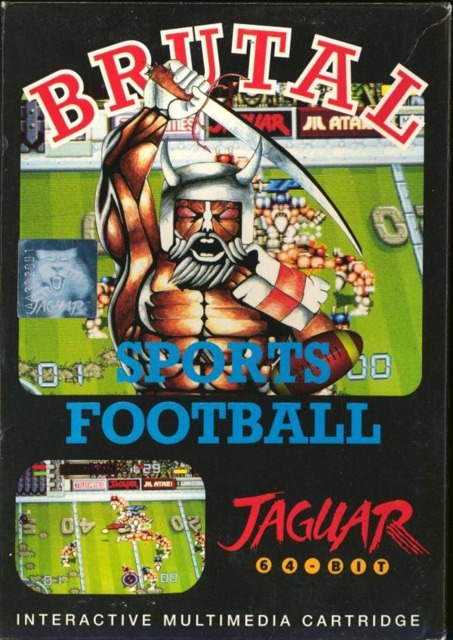