A modern interpretation of Atari's Breakout. The field of bricks is depicted from a slanted 3D view that allows for stacks of bricks to fill the gaps left behind by those the player destroys.

Breakout 2000 is a 1996 Atari Jaguar reinvention of Atari's 1976 Arcade hit Breakout. It follows similar re-imagined Atari games like Defender 2000, Missile Command 3D and Tempest 2000. As with its Arcade antecedent, the player must destroy all the bricks on the screen by knocking a ball around with a paddle that is stuck to the bottom of the screen.

Breakout 2000 takes elements from Breakout successors like Arkanoid such as indestructible blocks, blocks that require more than one hit before they can be destroyed and power-ups, some of which are detrimental "power-downs". It also introduces brick stacks: bricks that sit on top of each other that fall into the spots left behind when the brick on the bottom of the stack is eliminated. 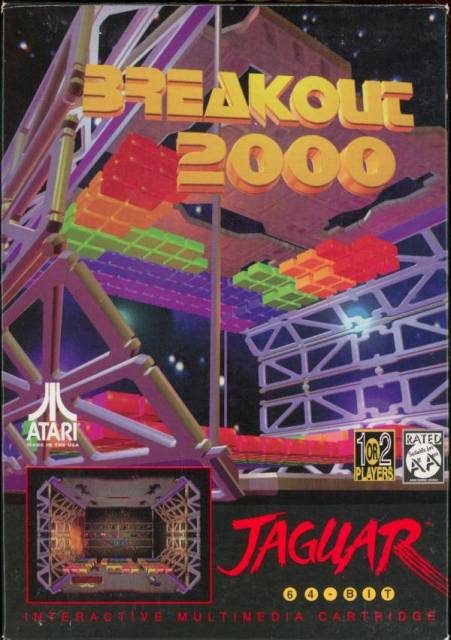