Players guide a worm (caterpillar?) through dangerous traffic in this release from Sachen.

Worm Visitor is a 1993 game released by Sachen in Taiwan, Europe and the United States in 1993, for the NES and Cougar Boy/Mega Duck. The gameplay is heavily inspired by Frogger. The cover art and cutscenes show what appears to be a caterpillar as opposed to a worm, although the player's in-game sprite looks more like a traditional worm.

Worm Visitor was also released on a number of Sachen-produced multicarts for the NES and Game Boy. Unlike the NES version, however, there is no known standalone release for Game Boy. 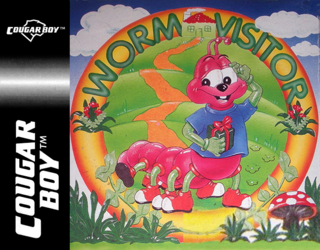