The player must defend Earth from the aliens that are hell bent on destroying the human race, traveling through deep space intercepting enemy conveys and destroying enemy installations on various planets and asteroids.

Zero 5 is a polygonal shoot 'em up that originated on the Atari ST - it could only be played on the computer's advanced systems, like the enhanced STe and late-era Falcon - and eventually moved to the Atari Jaguar towards the end of its lifespan.

Zero 5 switches between three modes for each of its missions: the Z-axis wave-based mode, which resembles Star Fox in that the player is heading towards the screen, though the player can also move the ship around to face different directions; a cockpit mode which has the player eliminating enemies as they appear before they get too close, like a first-person Missile Command; and the trench run, heavily influenced by the movie Star Wars, in which the player has to eliminate enemies while quickly spinning around to avoid barricades littered along the trench. 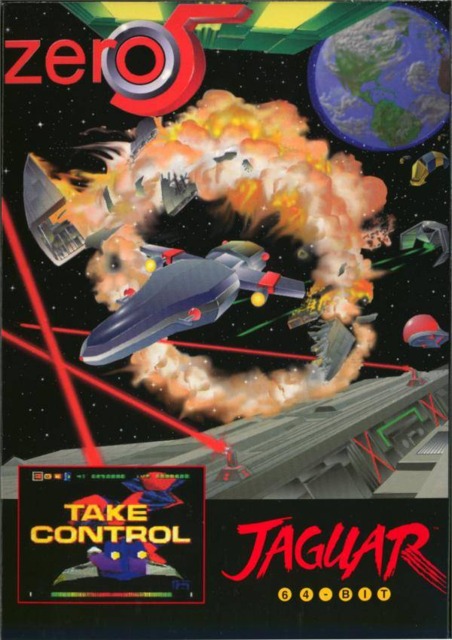