The Pirates of Dark Water

This is the Genesis same name different game scenario. It is a 2D action platformer based on the early 1990s cartoon.

A side-scrolling action platformer with multiple playable characters (Ren, Tula, and Ioz), based on the cartoon with the same name, developed by Iguana Entertainment, Inc. and published by Sunsoft. The levels more closely follow the arch of the early episodes of the series.

Players will complete each level as their character of choice while climbing walls, jumping over obtacles and platforms, and fighting enemies. The game's combt system is fairly simplistic as usually one or two attacks is enough for killing foes, the game also has a ub-weapon system to use against enemies.

The Genesis version of Pirates of Dark Water is a side-scrolling platformer developed by Iguana Etertainment, the SNES version is a beat-em-up very similar to Final Fight or Golden Axe, developed by SUNSOFT. Unlike the Genesis version, each character plays noticeably differently. The SNES version sports much improved graphics, colors, and music, more closely conveying the cartoon's unique style. 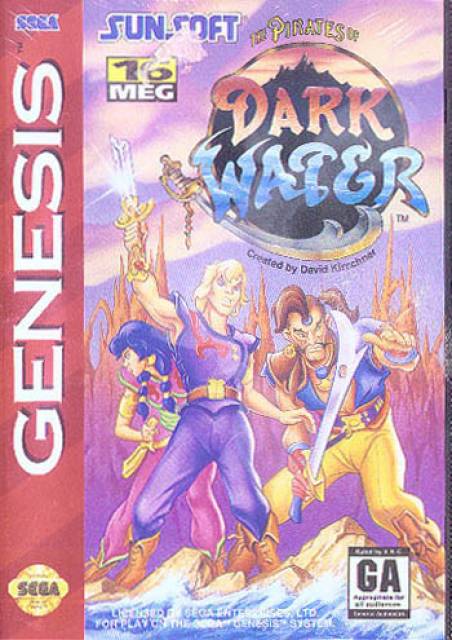