Thunderbolt II is a vertical scrolling shooter from Gamtec, which remained a Taiwan-only release until 2019.

The Famicom version has a title date of 1993, but some sources say it didn't actually release until 1995. The Mega Drive version was released in 1995. Piko Interactive bought the rights to the game and released it as a post-market cartridge for the Genesis in the west in 2019.

QuByte Interactive released a compilation of both versions of the game for contemporary platforms in 2022 as Thunderbolt Collection.

It is unknown if there is a previous game titled Thunderbolt/Thunderbolt I. Based on the Famicom version's subtitle, the name may refer to the player's plane itself. The Chinese title roughly translates to "Raiden Legend II" and may be an attempt to capitalize on Seibu Kaihatu's Raiden series. 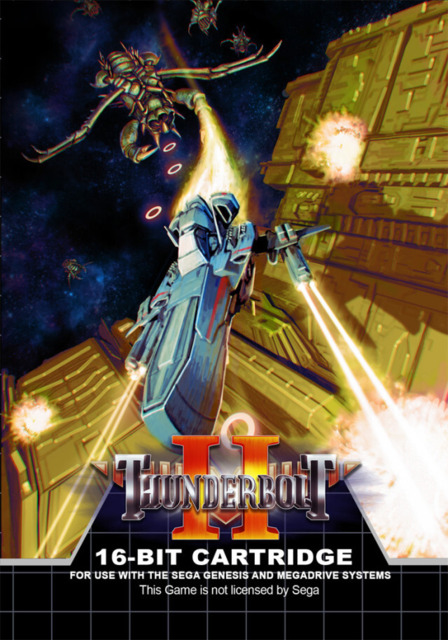