Hexcite: The Shapes of Victory

A strategy game for the Game Boy Color.

In Hexcite two players compete to score the highest number of points by placing different geometric game pieces on a hex based board. The board is laid out with a hexagon in the middle and is surrounded by six identical sized hexagons.

Each player has a set number of geometric game pieces such as hexagons, triangles, ect. and takes turns placing the pieces on the correct spots on the board. Bonus points are given to the player that completes filling in one of the seven hexagons on the board.

The game can be played in single player or multiplayer. Players can play two player by either passing the system back and forth or by playing with a link cable. 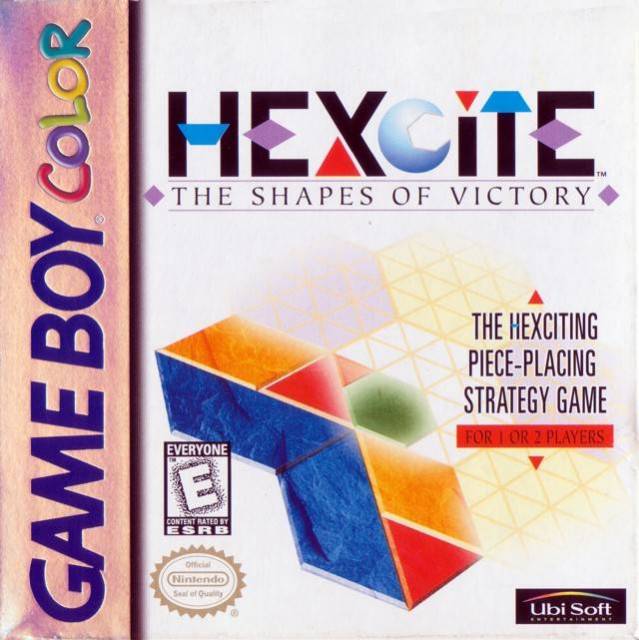