After a car accident on the fringe of Strangetown, this heavily story-based version of The Sims 2 opens with the protagonist stumbling into a property deal too good to pass up. It turns out to be a very aptly named city, and after meeting a few of the residents, the player will have a lot of freedom in how to solve a variety of eerie mysteries while simultaneously pursuing the Aspirations and Wants of their own character.

The blend of traditional Sims character mechanics with a structured story make it the most similar to the Story Mode in earlier console editions. A major change to the traditional gameplay is the active chat system where the player must quickly match up a series of symbols in order to successfully accomplish the goal of the conversation, be it friendly, romantic, or confrontational in nature. If a sim forms a high enough relationship, other sims may even give up personal secrets which can advance the plot or be traded away to other characters.

Working up the protagonist's skill levels can improve the odds of success in many of the different tasks in the game, and unlike the other handheld versions, Aspirations and Wants play a role very similar the traditional PC gameplay. 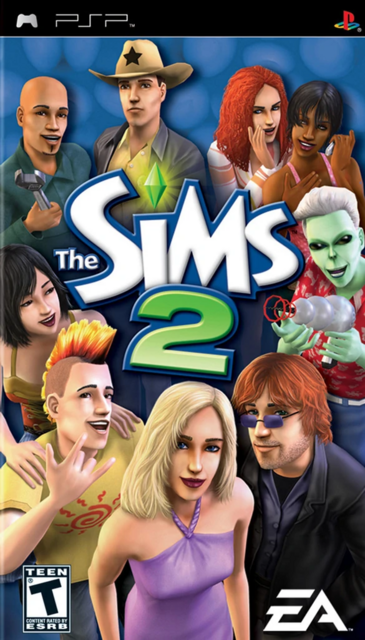