A riichi mahjong arcade game based on the 1996 mahjong manga of the same name. Play a unique two-on-two variant of the game, with each character having their own supernatural abilities.
PlayStation 2

Usagi: Yasei no Touhai, loosely translated to "Rabbit: Fighting Tiles of the Wild", is a riichi mahjong game developed by Warashi (along with Mahjong Kobo) and released by Taito for arcades (using PS1-based Taito G-NET hardware) exclusively in Japan in 2001.

Based on the 1996 mahjong manga of the same name, Yasei no Touhai puts players in two-on-two matches of a slightly-different variation of riichi mahjong. Each of the game's playable characters are part of a group of high school students known as "ZOO", who act as "pinch hitters" in the world of mahjong and have their own supernatural abilities (such as main protagonist "Usagi's" ability to sense tiles in his hand that can make an opponent win).

The game later received two ports for the PlayStation 2, both released by DigiCube: 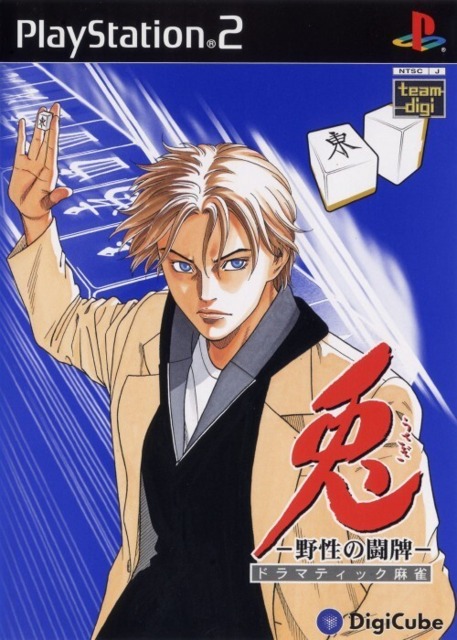