Humanity is on the brink of extinction as robotic monsters known as "Raptures" have wiped out most of human civilization across the world. The relatively few humans left are hiding in a large underground city known as The Ark, surviving on what resources they can scavenge from the surface or make on their own. In an attempt to fight back against the Raptures and reclaim the surface, humans have created Nikke, humanoid androids in their ideal image, carrying weapons capable of destroying the Raptures.

The player is a newly-graduated Commander tasked with leading a small group of Nikke. After a botched mission on the surface forces them to execute a corrupted Nikke, the Commander is thrust into a conspiracy that threatens not only their own survival, but the survival of the remaining humans in the Ark.

The Commander can choose up to 5 different Nikke to take into battle, balancing their assigned weapons on top of their own strengths and weaknesses against those of the Raptures they will face. Nikke are stuck with their attached weapon, but can equip different gear depending on their class to enhance their base stats.

Battles are done in a cover shooter style, with separate health bars for the Nikke and the cover they are hiding behind. By dragging a finger or stylus across the bottom half of the screen, the player can make their Nikke pop out from cover and automatically fire at whatever enemy the reticle is aiming at, with extra damage for hitting the enemy core with an affinity that they are weak against.

Outside of battle, players can explore a world map in each chapter that displays different enemies that they can fight. There are also hidden Secret Relics that players can collect scattered across most maps. Collecting these relics results in everything from simple flavor text to blueprints that can be used to construct buildings at the Outpost.

The titular Nikke are the android girls with guns, formed in mankind's ideal image, which explains why most of them have giant T&A despite providing no tactical advantage (don't think about why some of them look like little girls, that will involve a lot of disturbing questions you don't want to know the answers to). Each Nikke is equipped with one of the following weapons:

Most Nikke have been built by one of three companies (or classified under a fourth, separate faction). This has little affect in-game except as a restriction on which Nikke can be used in the Tribe Tower, or specific upgrades through the Recycling Center at the Outpost.

Owned by a stern woman named Ingrid, Elysion develops Nikke with a focus on security and logistics to maintain order throughout The Ark.

Owned by a bratty yet intelligent girl named Syuen. Missilis produces Nikke that push the boundaries of high-tech research, sometimes into areas of questionable legality or morality.

Owned by the flamboyant Mustang. Tetra produces Nikke with a focus on entertainment and commerce, proving that Nikke can be just as effective at selling products as they are at shooting enemies.

Nikke who were created in The Ark long ago but now wander the surface for their own reasons, far from the watchful eye of the Central Government.

Three rarity types: Rare (R), Super Rare (SR) and Super-Special Rare (SSR). Though most of the Nikke are at SSR tier, the commander only has a 4% chance of drawing one per recruitment, and <1% of getting a specific SSR Nikke.

Commanders can collect 50 SSR molds to exchange for a high-tier Nikke, but even that draw does not guarantee a SSR (only a 60% chance). 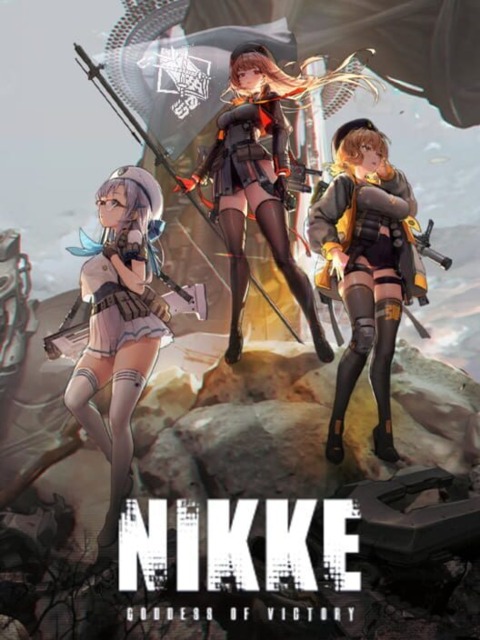