The last game developed by Twilight, Alfred Chicken (a wordplay on "chicken alfredo") is an early-'90s platformer where players control a red chicken as he pecks and dive-bombs at things.

Alfred Chicken is a side-scrolling platformer developed by Twilight and published by Mindscape for the Amiga, Amiga CD32, Nintendo Entertainment System, and Game Boy in Europe throughout 1993. The NES and GB versions were later released in North America on February 1994, and the GB version was later released in Japan (by SunSoft) on July 28, 1995.

Player's guide the eponymous red chicken as he navigates through numerous bizarre levels to rescue the kidnapped eggs (along with his girlfriend Floella) from the evil Meka-Chickens. To do so, he must peck all of the balloons tied down in various parts of each level. Along with the traditional jump button, Alfred also has a "pecking" button which can be used in the air to dive against enemies and obstacles.

The game is partly-known in England for a publicity stunt where an employee of Mindscape (Karl Fitzhugh) ran for political office as the "Alfred Chicken Party" candidate in the Christchurch, Dorset constituency. Unsurprisingly, he did not win. 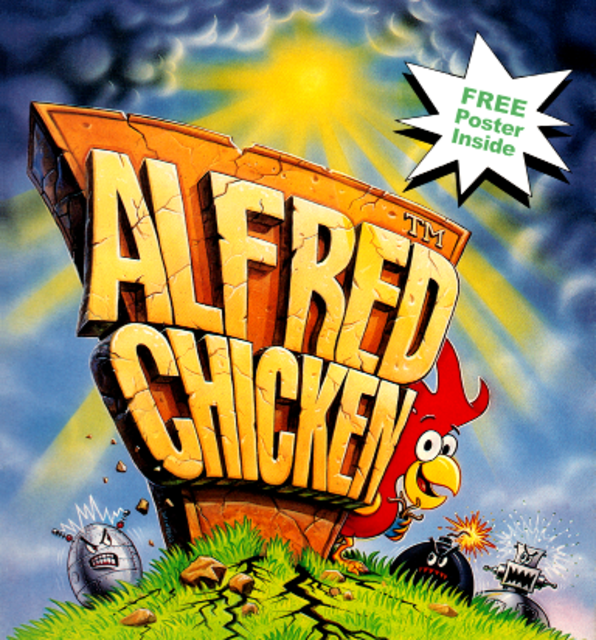