Bringing the 1982 platforming classic to '90s home consoles, The Mayan Adventure puts players in the role of Harry Jr. as he searches the Mayan ruins for his father, the original Pitfall Harry.
Game Boy Advance

Pitfall: The Mayan Adventure is a 2D side-scrolling platformer developed and published by Activision for the Sega Genesis in 1994.

A sequel and re-imagining of the 1982 Atari 2600 game Pitfall!, The Mayan Adventure stars Harry Jr., son of Pitfall Harry (the protagonist from the original game). When the elder Harry is captured off-screen by the dreaded warrior spirit Zakelua, it's up to the younger Harry to journey through numerous Mayan ruins in search for him.

The game features a modern interpretation of the Pitfall series, with stage-based exploration and weapon-based combat (using a whip for melee, along with several throwable weapons) similar to some American platformers at the time (such as Disney's Aladdin, Jurassic Park, and Earthworm Jim). It is also known for its smooth animation, as it is one of the projects of animation studio Kroyer Films (best known for the 1992 film FernGully: The Last Rainforest), and contains numerous references to the original Pitfall! (including a playable version as a hidden easter egg).

Along with multiple console and computer ports (most of which include three additional levels along with updated graphics and/or audio), the game received a 3D sequel with the 1998 game Pitfall 3D: Beyond the Jungle.

The game was ported to the Super Nintendo Entertainment System (by Redline Games) and the Sega CD in late 1994, followed by the Sega 32X (by Big Bang and Zombie Virtual Reality Entertainment), the Atari Jaguar (by Imagitec), and the Windows PCs (by Kinesoft) throughout 1995. All of these, with the exception of the SNES version, includes updated graphics and/or audio along with three additional levels. The Jaguar version is unique as it is the last Activision game released for an Atari console and is their only game to be co-published with Atari). The SNES version was also released in Japan by Pony Canyon on July 1995 as PITFALL: Maya no Daibouken. The Genesis version was later released in South America by Tec Toy sometime in 1997.

It was later ported to the Game Boy Advance in 2001 by Pipe Dream, released by Majesco in North America on June 10 and Interplay in Europe on September 21. The Genesis version was later digitally re-released for the Wii (via Virtual Console) on April 13, 2009 (and was later de-listed on January 1, 2014). 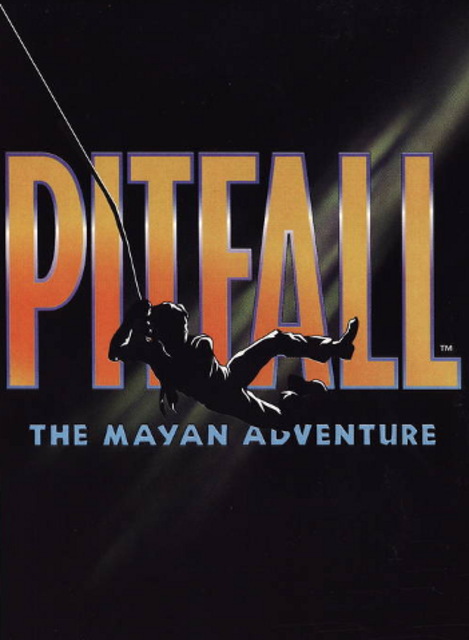