A horizontal Sega shoot 'em up which tasks the player with controlling the spaceship Opa Opa through various surreal stages. Originally an Arcade game, Fantasy Zone was adapted for many home consoles.

In contrast to the many dark fantasy and sci-fi shooters of its time, Fantasy Zone had bright and colorful pastel environments and enemies that were strange and often abstract looking.

Gameplay-wise it is pretty standard for the genre, but with some twists such as being able to walk on the ground. Upgrades are bought from shops appearing in the world as red balloons with the word shop on them. All the power-ups are temporary, but are powerful enough to be of considerable help when clearing the larger enemies needed to progress to the stage's boss.

Fantasy Zone was originally an Arcade game but was ported to several consoles, not just those made by Sega. The gameplay was mostly the same in all versions, but the graphic quality varied depending on the platform.

The 1986 Sega Master System version is the first SMS game to be released in the standard cartridge format, rather than the Super Card format the system had used up until that point. The cartridge allowed for a lot more memory, and Fantasy Zone was able to exploit this feature. The Famicom version is an official port by Sunsoft but the US NES version is an unlicensed Tengen release. The game was also released on the TurboGrafx-16 as well as appearing in multiple Sega compilations for more powerful systems.

The Master System port of Fantasy Zone was released on the Wii Virtual Console on March 11th 2008 in Japan, April 11th in Europe and April 14th in the US.

In March 2014, Sega released a 3D Classics version on the Nintendo 3DS eShop as part of the second run of Sega 3D Classics remastered to be displayed in stereoscopic 3D for the platform. 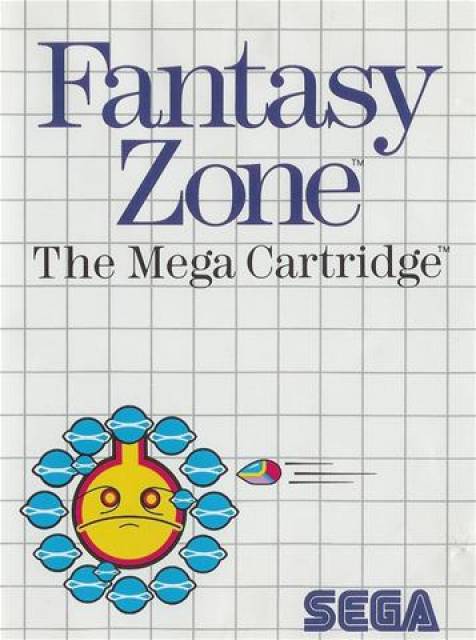