A spiritual successor to the World War II shoot-'em-up P-47: The Phantom Fighter, with players taking on both Nazi Germany and Imperial Japan with a sole P-51 Mustang.

USAAF Mustang is a historical-fantasy horizontal-scrolling shoot-'em-up developed by NMK and released by UPL for arcades in 1990.

A spiritual successor to the studio's 1988 game P-47: The Phantom Fighter, USAAF Mustang has players piloting the P-51 Mustang in two fronts of World War II: one against Nazi Germany and one against Imperial Japan.

The game was later ported to the Sega Mega Drive, released exclusively in Japan by Taito on May 31, 1991. This version, re-titled Fire Mustang, shortens the game while removing two-player multiplayer and adding a more-detailed story.

The original game later received a digital release via Hamster's Arcade Archives series for the PlayStation 4 and Nintendo Switch on September 2, 2021. 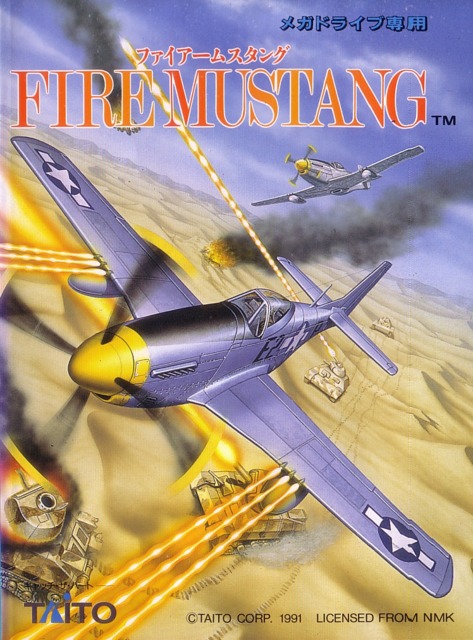