The Kingdom of Azeroth is being invaded by Orcs, and it's up to you to either defend or conquer it in Blizzard Entertainment's first entry into the real-time strategy genre.

Warcraft: Orcs & Humans is a medieval-fantasy real-time strategy game developed and published by Blizzard for the PC (running MS-DOS) on November 1994.

Set in the fantasy kingdom of Azeroth, players command one of two warring factions as they fight for supremacy: the Human inhabitants (led by King Llane of Stormwind) and the invading Orcish horde (led by Warchief Blackhand of the Blackrock clan).

As one of the earliest games in the traditional RTS genre, Warcraft has players controlling units from overhead to build encampments, gather resources, and tactfully maneuver warriors to conquer the enemy's force. The game includes two single-player campaigns (one for each faction) and a "custom scenario mode" (a simple skirmish option for either player-vs-AI or one-on-one networked multiplayer games). The game's mechanics and lore would be significantly improved in its sequels Warcraft II: Tides of Darkness and Warcraft III: Reign of Chaos, as well as the MMORPG World of Warcraft.

The game was later re-released twice in CD format (once in 1995 and once in 1996), the latter version adding Macintosh support, new cinematics, bonus voice acting, and redbook audio support (used in the Mac version only), while removing manual-based copy protection. Initial European versions were published by Interplay and a later budget European release (of the original CD version) was published by Sold-Out.

In Warcraft, players must lead their armies to victory against a single computer-controlled or human-controlled opponent.

The standard mode of play follows the modern real-time strategy rhythm of resource gathering and base building, as players must have to constantly collect lumber and gold (through their worker units) to both maintain their bases and train soldiers for combat. While some missions in the single-player campaign have a unique objective to complete, usually the objective is to completely wipe out the enemy forces.

In some scenarios, players must guide their predetermined forces through a vast cavern/dungeon, where they cannot construct buildings or train new units.

Both the single-player campaigns and the single-player Dungeon maps include neutral units to defeat, including ogres, brigands, fire elementals, and slime creatures. While the campaigns do not include special Hero units like its successors, each faction must rescue an important unique unit at some point (the hero Lothar for the humans, the assassin Garona for the orcs) and must defeat a unique unit at some point (the powerful warlock Medivh for the humans, and the traitorous Griselda for the orcs). 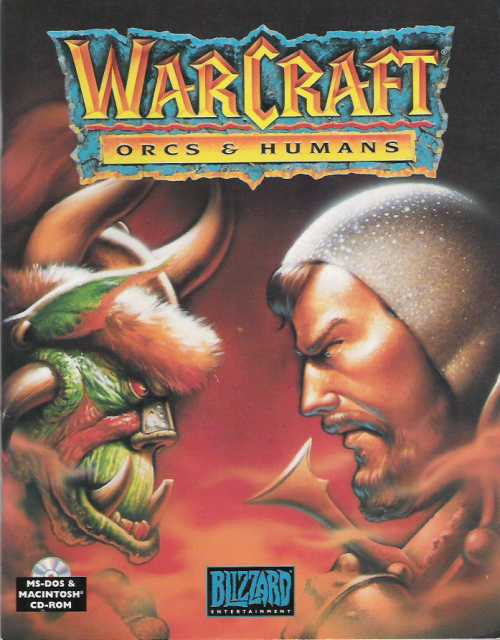