A horizontal shoot 'em up that plays similarly to Defender. Defeat aliens, protect mankind, try not to blow up.

Protector is a shoot 'em up that was released late for the Atari Jaguar, completed and published by retro game specialists Songbird Productions. It features a fast-paced variant of Defender in which players have to defeat enemies quickly before they can capture humans from the surface of the planet and transform them into terrifying mutant ships that pursue the player. The player's ship can take several hits in this version, meaning the player can afford to be more reckless when quickly defeating the aliens. 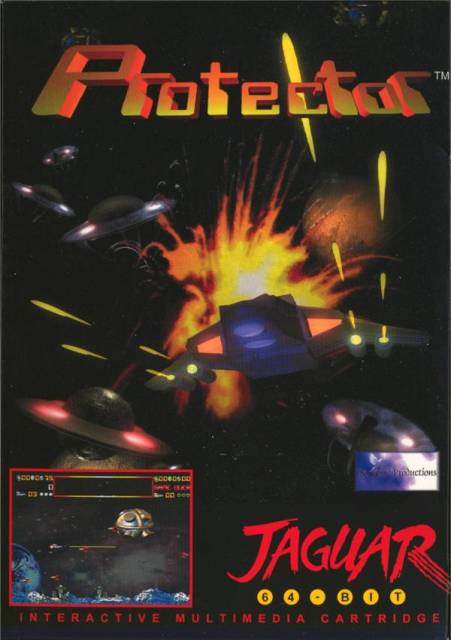