A xenomorph-themed pinball game for the TurboGrafx-16 and the first in Compile's highly acclaimed Crush Pinball series.
PlayStation 3

Alien Crush is a pinball game developed by Compile for the TurboGrafx-16 (PC Engine in Japan) and and was released in Japan on September 14, 1988 by Naxat Soft and in North America in 1989 by Turbo Technologies. The game was later re-released on the Wii Virtual Console and will be released in February 2011 on PlayStation Network by Hudson Entertainment. It was also the first game in the "Crush Pinball" series followed by three sequels: Devil's Crush, Jaki Crush (only released in Japan for the Super Famicom), and Alien Crush Returns. Alien Crush was a launch title for the TurboGrafx-16 in North America.

Alien Crush only has one table, two screens high, to play on. It is played from a top down perspective, and both the bottom and top halves of the table contain their own flippers that the player controls. The table contains various areas with ball entries, some of which lead to small bonus tables where the main task consists of destroying different alien creatures with the ball for points. As soon as a ball is lost, the bonus table ends and the player is sent back to the main table. The main goal in Alien Crush is to collect as much points as possible before losing all of the balls, and once that happens the game is then over and requires having to restart. The player can interact with different things on the pinball table to help them by making it harder to lose the ball, and gain more points etc.. Some areas require that the player performs various objectives, and randomly having to face bosses, which can be difficult to defeat without losing the ball. Also on the table are numerous moving targets as well as ball locks, which lock the ball in place for a few seconds before shooting it back out.

The player can also choose between fast or slow ball speed, and having two different music tracks.

Despite not being in the official compatibility list, Alien Crush can be played on the PS Vita. To do this, the user must first download the game to the PS3. From there, go to Content Transfer on the PS Vita and select the game for transfer. Once complete, the game will show up on the Vita's menu. 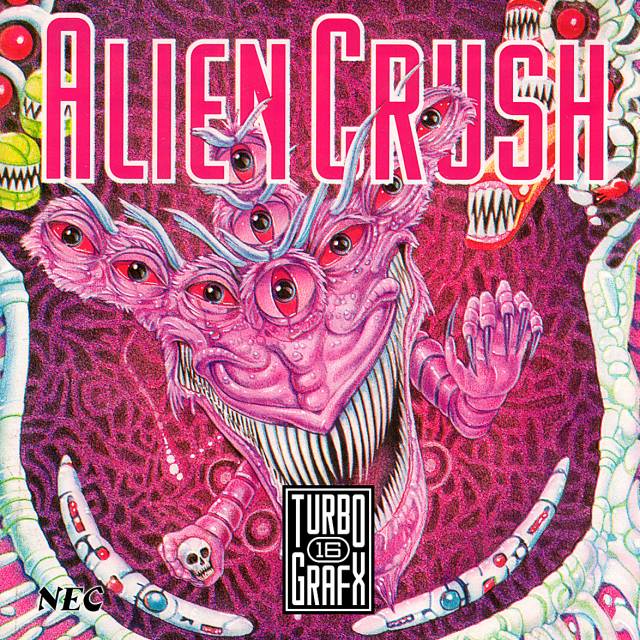