A whimsical game about a group of classmates at a magical academy that embark on a planet-hopping quest to find their missing teacher.
Nintendo DS

The game has the player choose one of two protagonists (one a ripped, young male, the other a dainty, little girl). The chosen hero sets out with his/her friends from the Will-O-Wisp Academy in search for their missing teacher, Miss Madeline. The quest has them going from planet to planet looking for clues to her whereabouts via rocket ship. Eventually, the group ends up finding Miss Madeline and kicking the rear of Master Kale (the evil dude).

The Astrolog shows the positions of the five planets in relation to the astrological plane. When a planet of it's corresponding plane intersect, a player with that affinity receives an aura, making has his/her attack boosted until the planet is out of it's plane. For example, when the fire planet enters the fire plane, Pico, the fire affiliated character, will have an aura during battle. The same also works for light and dark in respect to day time. When it's night out, characters with the dark affinity will have an aura until the day time. The same also applies to all enemies.

Dragon Quest IV: Chapters of the Chosen Rhapsody: A Musical Adventure My World, My Way Blue Dragon Plus Sword of Mana 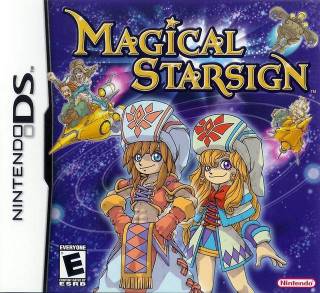