Scaler is a platformer released in 2004 for all three major consoles. Published by Take-Two Interactive.
PlayStation 2

A colorful platformer with a quirky sense of humor and very alien environments - the comic sense and gameplay bears resemblance to Ratchet & Clank. The protagonist is transformed into a lizard-type creature and sucked into an alternate universe where he has to find Lizard Eggs before they can be mutated and hatched into monsters by Luger, Jazz, and other lizard enemies with plans for world domination.

There are numerous extras hidden into the game, such as concept art galleries; and easter eggs like idle animations where Scaler chases his own tail, or the camera acting as a physical game object and shaking when Scaler hits it with his "tongue attack". 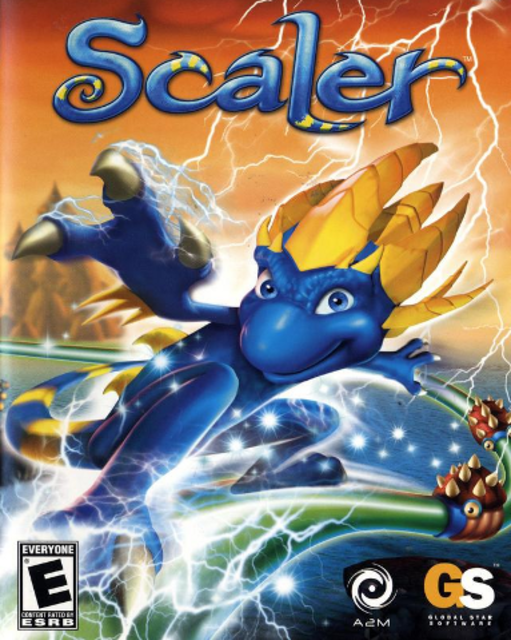