The story of Lenneth, a Valkyrie charged with recruiting the souls of the fallen to fight in Ragnarok.
PlayStation Portable

Valkyrie Profile, an RPG developed by tri-Ace and originally published by Enix, takes place in a world inspired by Norse mythology. The player character and game's protagonist is Lenneth, a Valkyrie under the service of Odin and Freya, who is awakened and tasked with recruiting the souls of strong-willed individuals to be trained as warriors to fight for Asgard at Ragnarok, Valhalla's prophesized End of the World. In the course of performing this duty, Lenneth will bear witness to the often-tragic final living moments of those whose souls she is tasked with securing. With each character featuring their own unique backstory, characters of all shapes, sizes and backgrounds are drawn together by a fate thrust upon them by the legendary battle-maiden Valkyrie, but will their combined powers be enough to save Asgard and Valhalla from ruin?

As Platina, a pure innocent little girl, returns home after drawing water from the river she bumps into two strange men leaving from meeting with her abusive mother. Unaware as to the meaning behind their presence, Platina goes to bed in peace. Lucian, her close friend, then awakens her in the dead of

night to warn Platina that her mother intends to sell her off to the two strange men seen earlier. With hardly any thought, Platina and Lucian desperately run away with only the hope of finding a better life. Unfortunately, tragedy strikes as the two stumbled aimlessly into the Weeping Lily Meadow, a yawning field of beautiful flowers that exude lethal pollen. Platina inhaled the pollen and collapsed in the arms of Lucian, who barely manages to escape and survive. The soul of Platina is put to use by Odin, who casts her in the form of the battle-maiden Lenneth Valkyrie, his agent in the human realm. Thus begins Valkyrie Profile.

Ragnarok: The Beginning of the End of the World

Lenneth Valkyrie wakes up on a weeping lily patch in Asgard and she mulls the nostalgia as she proceeds to meet Lord Odin, who has summoned her. Ragnarok, the end of the world, has been long forthcoming and Odin fears it will finally soon arrive. With this in mind, Odin gives Lenneth the task of collecting Einherjar to help Asgard in the upcoming war. Upon the issuance of these orders, Freya awakens Lenneth's powers and they descend upon Midgard, where the human world lies.

Valkyrie Profile has three different endings. The ending earned depends on the difficulty level to which the game is set at its start, whether Lenneth accomplished certain tasks during the course of the game, and a pair of numerical values, the Evaluation Rating and the Seal Value. The Evaluation Rating, which starts at 100, represents how effectively Lenneth is executing Odin's orders and and will rise or drop based on how fully Lenneth completes her tasks assigned by Freya. The Seal Value, which also starts at 100, represents Lenneth's personal bond of obedience to Odin. It rises or falls based on specific actions in the game. The basic requirements for each ending are as follows:

Valkyrie Profile is, at its core, a turn-based RPG, but it also has elements of side-scrolling platforming and realtime combat. On the world map, Lenneth flies with impunity and may enter any dungeon or town she has discovered. There are no enemies to fight on the world map. In towns, Lenneth can talk to NPCs and recruit new Einherjar, if available. Dungeons contain monsters to fight, bosses to defeat, items to find, and puzzles to solve.

The game is divided into eight chapters, with each chapter divided into a set number of turns (called periods), representing the amount of time left until the end of the world. Each time the player enters a town or dungeon, a certain number of turns is used, and the chapter ends when there are no more turns to spend. As a result, Valkyrie Profile encourages players to act with deliberate intent and expediency, just as Valkyrie does. Nonetheless, every chapter affords the player with more than enough turns to visit every dungeon and story event. Once the player runs out of periods, that chapter ends and Valkyrie is summoned before Freya for a report on the status of the war. If the player sent good Einherjar to Asgard during that chapter, Freya will grant Lenneth a multitude of rewards in items and Materialize Points, which are effectively money. Lenneth can inquire about her Einherjar in Asgard to hear about their wartime exploits. Lastly, Freya will tell Lenneth what kind of Einherjar she ought to seek out next, and then the next chapter begins.

To recruit new characters, Lenneth must first meditate to sense their final moments of life and learn their location. The player may enter the town indicated, and a cutscene will play out, revealing who the character is and the story of how they came to meet their death. Lenneth then intervenes immediately after their death to take custody of their departing soul, adding them to the party roster. Once a character is recruited, the player must then train them by taking them into dungeons filled with evil or spending banked XP gained from finishing dungeons. Recruits can be fully equipped just as Valkyrie can with weapons, armor, accessories, and skills. Anytime, at the player's discretion, the player can then remove the recruit from the party and send him or her off to Asgard to fight on the fields of war for the gods. Recruits who are dispatched to Asgard are unavailable to the player's party thereafter.

Each chapter begins with a request relayed by Freya for warriors with specific qualities, such as character class, Hero Level, or particular skills or expertise. If Lenneth sends a trained character that matches Freya's request before the end of that chapter, Freya will pass on bountiful rewards from Odin. But if Lenneth falls short, she will receive admonishment and reduced aid.

Dungeons in Valkyrie Profile are laid out as a series of side-scrolling hallways filled with pits, platforms and other obstacles that require platforming skills in order to progress, with enemies visibly moving about the dungeon (no random encounters). A dungeon's hallways are layered, so that by passing through a doorway or staircase in the foreground or background, Lenneth will enter a new area of the map on a different floor, or layer of the same floor. Lenneth has a number of standard platforming abilities, including jumping, ducking, and being able to slide-dash through narrow gaps. She also has the ability to form ice crystals by shooting projectiles into the floor, walls, and ceiling, which can then be used to create a stepping stone, temporary platform, or in other clever ways to solve a puzzle that is blocking progress. Enemies can also be frozen if hit with Lenneth's ice projectile, allowing her to run past them without triggering combat or use them as temporary platforms. Lenneth can also swing her sword to destroy certain objects or strike an enemy to gain the initiative when triggering a battle.

Valkyrie Profile takes place on a 2D plane during battle sequences. On the battle screen, enemies and up to four party members, with Lenneth required to be one of them, take turns attacking each other. Each party member's attacks are unique-- there is virtually no overlap in the default movesets. When it's the player's turn, any regular attack will begin a combo sequence, in which any other character who is ready to act can immediately and simultaneously jump in to layer their attack in with the others. Specific timing is required in order to maximize attack efficiency. For example, one ally's magic attack might launch an enemy into the air while another's melee attack is good for hitting the enemy as it's falling down. With practice and experimentation, the player will continuously discover new attack chains as Einherjar are rotated through the party, producing new attack layering possibilities. For the sake of quick execution, each of the four allies is mapped to one of the four face buttons, and pressing the corresponding button begins their attack. In this way the game was inspired by fighting games, with players executing carefully timed combos of attacks by full fledged RPG party members who take the place of buttons for high punch, low punch, etc.

If the combo gauge is filled to 100 during an attack chain, character-specific super attacks called a Purify Weird Soul (PWS) can be launched. PWS attacks are unblockable super-combos that can only be used if characters have an empty CT meter (thus not being 'on cooldown' from using a spell or PWS recently) and have equipped a weapon that allows that particular PWS. If using a PWS attack itself refills the combo gauge back to 100 and another party member meets the requirements to use their PWS, he or she can then chain into their Purify Weird Soul attack. Up to four PWS (one per character) can be strung together at maximum for truly devastating combos.

The first version of Valkyrie Profile was released on PS1 in Japan in 1999. It was localized and released in the US on PS1 in 2000 with a variety of minor, but notable changes beyond just being translated into English. Many of the changes were quality-of-life improvements for players. Compared to the Japanese original, here are the differences in the US PS1 release:

As part of the localization for US release, the English version featured some mild examples of content censorship. One such example was the removal of a pentagram that appears when Lezard Valeth teleports. Another was the removal of Badrach's cigarette from his animations. However, what little blood and and suggestive dialogue there is was left unedited for English audiences.

Interestingly, in the English version, the names of Frei and Freya were switched to match Norse mythology, in which Frei is the elder sibling and Freya is the younger. In the Japanese version of Valkyrie Profile Freya, it is reversed.

A PSP port of Valkyrie Profile was released in 2006 in the US, UK, and Japan. The PSP version is based on the Japanese PS1 version, so it does not include the changes described above of the US PS1 version. Compared to the Japanese original, here are the differences in the PSP port: 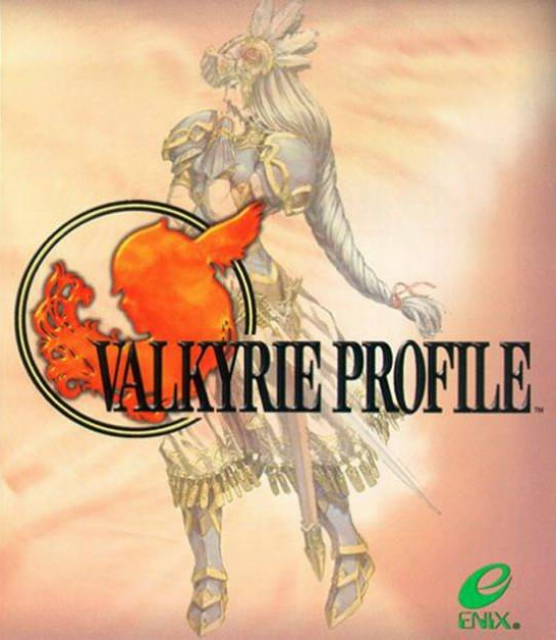