Warcraft II: Beyond the Dark Portal

The Horde heroes are as follows:

Heroes cannot be killed in the campaign due to their importance to the story apart from Khadgar in the Human campaign.

The expansion pack begins at the conclusion of the second war between Orc and Man. The Dark Portal, although seemingly destroyed, has left a rift between the world of Azeroth and the Orc homeworld of Draenor. The Alliance organizes to end the Orcish threat forever by sending an invasion force. Meanwhile, Ner'zhul and his clan have gained dominance over the tribes of Draenor; their bloodlust fuels attempts to open even more portals to other worlds.

Eventually, Ner'zhul gains important magical relics that allow him to create even more portals. His greed leads to the ultimate destruction of Draenor as the planet is torn asunder by the power of the portals that have linked to the Twisted Nether. The Human Alliance, realizing the Orcs will attempt to escape their doomed planet by, once again, invading Azeroth prepare to defend the portal into Azeroth. As the human forces hold the line against relentless Orcish advances, Khadgar seals the gateway. In the last moments of Draenor, Human and Orc alike either scrambled to whatever rift remained open, or continued their feud till certain death. 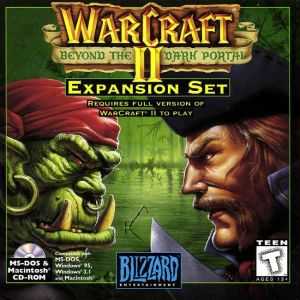