Madden NFL 2004, featuring then-Atlanta Falcons quarterback Michael Vick on the cover, is the 14th installment of the Madden NFL Franchise. It was released on August 11, 2003.

New features include a new owner mode that allows the player to control multiple financial facets of a franchise, such as vendor prices, advertising, stadium renovations and hiring and firing coaches. Other new features include a training camp to increase player stats in franchise mode, and offensive playmaker to let the player change the play on the fly using the right control stick.

Michael Vick fell to the fabled "Madden Cover Curse" when he broke his right fibula in a preseason game against the Baltimore Ravens, just 5 days after the release of Madden NFL 2004. The curse continued to affect Vick when he was arrested for accusations of hosting and participating in dogfighting matches in 2007.

blink-182 - "Action" (NOTE: The final version of the song is actually titled "Feeling This." " The song was also heavily edited for the game, taking out all of the sexual references.)

Bubba Sparxxx - "Back in the Mud"

The Roots - "Rock You (Madden Remix)" 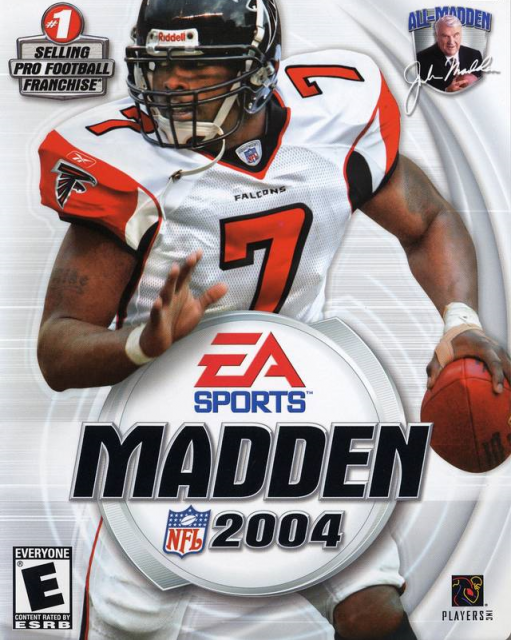