Following on from the success of THPS2, the original Tony Hawks Pro Skater 2 saw a re-release on the Xbox with additional content and unlockable bonuses, including five new levels and improved graphics.

The game features several single player modes and multi-player modes, single-player has a career mode, single session, park editor, create-a-skater, and free skate. The career has the player picking a skater and a level to complete various goals for cash. Money in the game is use to purchase stats, skateboard decks, and more tricks. Free Skate is mainly viewed as a practice mode, because there is no time limit and failure is impossible. Single Session works like the career mode only there are no goals, just the time limit. Multiplayer has modes that can go up to four or eight (via system link) players.

Other single player modes contains park editor and create-a-skater. In the Park Editor mode, the player can create their very own skate park - using various tools like quarter pipes, rails, stair cases, etc. In create-a-skater, the player can create a skater by customizing the skater's clothing, hair style, and tricks. New to this version of Tony Hawk's Pro Skater 2 is the ability to create a female skater.

Multi-player modes in the game consist of regular "trick attack" session - two to eight players can compete to see who can get the high score in a set time limit. "Graffiti mode" is were the player can take over certain parts of a level by tricking off them - the objective is to take over as much of the environment before the time runs out. Other players can take over their opponents' controlled areas by performing higher scores. "Tag mode" is what the title says - the player who is "it" has to make contact with another opponent in the game. "HORSE" is were the player performs a trick and his or her opponent has to follow what the player has done with a better trick. If the opponent fails to do so, he or she will get a letter - if a player gets enough letters to spell out "HORSE," the player will lose the game. The game also contains a free skate mode for the multi-player for two to eight players can use to skate around a level as much as they want.

Stats are purchase with cash that is earned from the career mode. Stats increase a skater's performances. There are ten stats for each skater.

The game features twenty-four levels, the most out of any Tony Hawk game. All the levels from the original Tony Hawk game are included with five new levels added as well. The remake, like the original, have special cases where some of the levels (like Marseille) have a hidden section unlocked through specific things - like breaking a supporting wooden stick holding up a tree by skating on it will make the tree fall down and open up a hidden skatebowl downstairs. 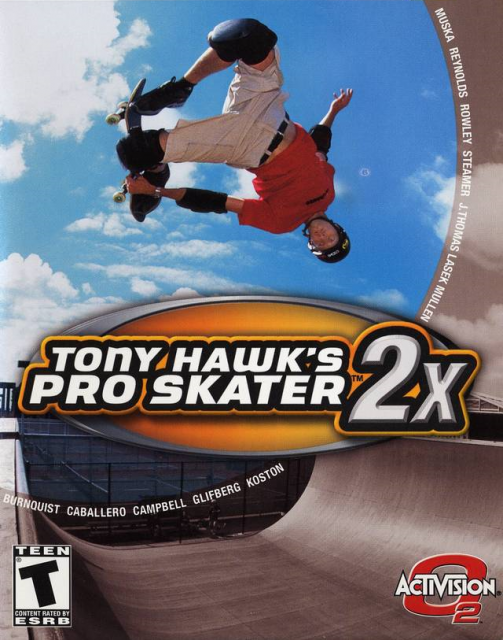