A skiing and snowboarding game set in the real life location of Val d'Isère in France.

Val d'Isère Skiing and Snowboarding is an extreme sports game developed by Virtual Studio and published by Atari Games for the Atari Jaguar platform. It is set in the French skiing resort of the same name, which rose to fame after being one of the venues of the 1992 Winter Olympics.

The player can select between skiing or snowboarding and take on various downhill snow-based events such as the downhill event, giant slalom and standard slalom either competitively with CPU opponents or training for those events on their own. Alternately, the player can simply go at their own speed with a freeride mode. The game also features a two-player pass-and-play option. 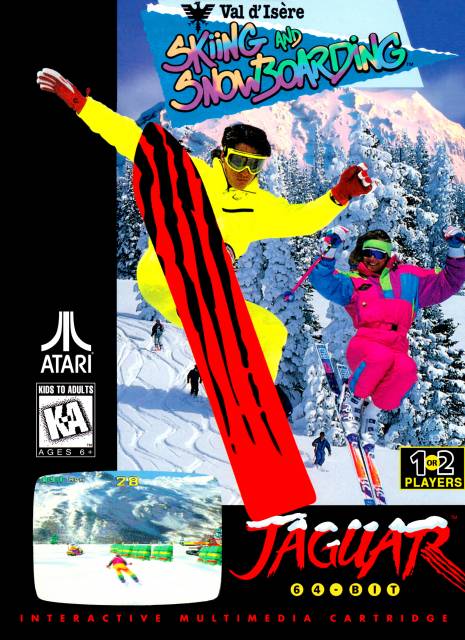