ESPN NFL 2K5 is a 2004 NFL Football game, developed by Visual Concepts. In 2004, SEGA released their entire sports line of games at a price-point of $19.99, as opposed to the standard 49.99 for new releases. The lower price helped earn 2K5 attention from consumers who had previously been more dedicated to Electronic Arts' " Madden" series, along with causal gamers who typically would not be willing to pay full price for a sports game that is released annually. Today, ESPN NFL 2K5 is regarded as a benchmark for many football games, commonly having its mechanics and presentation cited as strong attributes of the game.

To date, ESPN NFL 2K5 has sold nearly 1.6 million copies in the United States, a number that nearly matches that of Madden 2005. Electronic Arts recognized this, and in 2004, EA signed a deal with the NFL giving it exclusive rights to make NFL games. EA also lowered the price of Madden 2005 in $29.99 in competition of SEGA's price drop, but after receiving exclusive rights brought the MSRP of Madden 2006 back up to the standard 49.99 price-point. This brought outrage from the football game fan community, many of whom believe Madden has had a massive quality drop since it the contract was signed due to lack of competition from other NFL games.

Although Visual Concepts has stopped making NFL licensed games, their next football game would be All-Pro Football 2K8, which features legends, and fantasy players. With the strong communities still in support of the 2K football series, many unofficial roster updates for both 2K5 and All-Pro 2K8 have been created featuring NFL players.

The "Academy of Interactive Arts & Sciences" awarded 2K5 with their "Sports Simulation Game of the Year" award.

ESPN 2K5 is also backwards compatible on the Xbox 360 and on the 60 and 80 GB Playstation 3 consoles. Emulation on the Xbox 360 is nearly flawless, with only a few texture errors on the field during gameplay. The online servers for gameplay over Xbox Live were shut down on April 15, 2009.

Achieving certain goals in the other modes of the game (similar to the Achievement system of Xbox Live) will earn the player "Crib Points", which can then be used to buy items in "The Crib". The Crib is a virtual mansion that the player can accessorize and furnish to their heart's content. Catalogs of items can be bought after the player has earned a certain number of Crib Points; the player can then buy items from that catalog to place in their Crib. Some of these items include posters, a dartboard, and videos (which can be played in the "Home Theater" section of the Crib). The Crib is also where the player gets access to celebrity matches. After the player earns a certain number of Crib Points, the "Celebrity Phone" in the Crib will ring, and the player will be challenged to a match by who typically would be seen as having no association with football, like "Steve-O" or Carmen Electra. 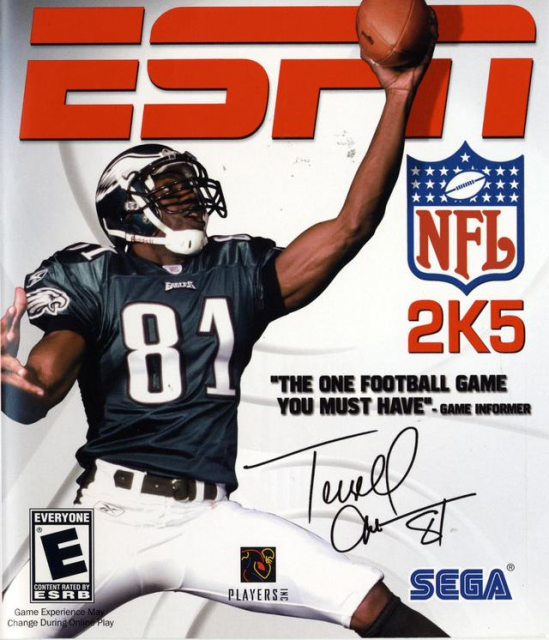