Enemy Zero is a game developed by Kenji Eno in which all of the enemies are invisible, and their types and positions can only be determined from the sounds they make.

The game first began to be developed on the Sony Playstation, but due to poor sales of D on that platform, the game's development was moved over to the Sega Saturn. Kenji Eno has stated in interviews that he was so upset with Sony about the poor sales of D on the Playstation, that he would no longer develop games for Sony platforms. Eno also stated that orders for D on Playstation existed and were not met because Sony chose not to have enough copies of the game manufactured. Some critics questioned the move from the Playstation to the Sega Saturn platform, stating that the Saturn could not handle the 3d polygonal graphics needed for the first person perspective in the game. Eno stated in an interview with 1up.com that the move from the Playstation to the Saturn was not that difficult and the platforms are similar.

The game's storyline involved the player's character, Laura awakening from a cryogenic sleep aboard the spaceship the AKI. Laura is awakened due to an emergency on the AKI. Laura witnesses one of her companions get torn apart and killed by an unseen enemy. Then the player must search the AKI to destroy enemies and figure what has happened on the ship.

Enemy Zero's gameplay featured a combination of unique individual components. The game used a first person perspective for its interactive and combat portions. The player could explore the spacecraft in this first person view and also engaged in combat with the game's invisa\ible enemies in this perspective. The player could detect opponents through sound. Sound and audible cues clued the player to enemies location. Different pitches and volumes of sound would further assist the player to succinctly understand the distance and direction of enemies. Shooting enemies with guns found in the game was made more difficult because guns had to be charged up a particular amount or they would lose their charge and the player would be unable to fire at enemies. All guns in the game also only had a particular range, so timing of firing at the invisible enemies had to be especially well timed due to the combination of charging up and ranged firing. The game's first person perspective and limitations in firing was considered extraordinarily challenging and difficult for the time, 1997, and for the Japanese market.

Secondly, the game used an interactive FMV mode very similar to the previous WARP game D. Portions of the game were no longer in first person perspective and the palyer moved the Laura character around the AKI space ship to find clues about what happened on the ship.

The game had three difficulty levels at the beginning; Beginner, Easy and Normal. Upon completing a game in the Normal mode, the game would open up Hard mode. Hard mode in the game would not only be more difficult with a limited amount of saves and ammo, but would also add an additional FMV movie, a shower scene.

The soundtrack to Enemy Zero was composed by Michael Nyman, a famous British minimalist composer, who has composed for films such as Gattaca and The Piano. It was recorded at Abbey Road Studios and distributed by Pony Canyon on April 18, 1997.

Eno was a big fan of Nyman and thought the juxtaposition between the game's setting and Nyman's musical style would be a great match for his game. At the time, Nyman was visiting Japan after donating pianos to schools after the Kobe earthquake in 1995. Eno managed to find him and invite him back to his hotel room where he spent six hours convincing him to compose the score until Nyman eventually agreed, exhausted. Eno was initially unimpressed with the work Nyman was doing and traveled to Abbey Road several times during the recording of the score.

The main character of the game, Laura Lewis, was a character model or virtual actress that Eno used on a recurring basis. Eno used the "Laura" character in D, Enemy Zero and D2. The character was named Laura Harris in D. 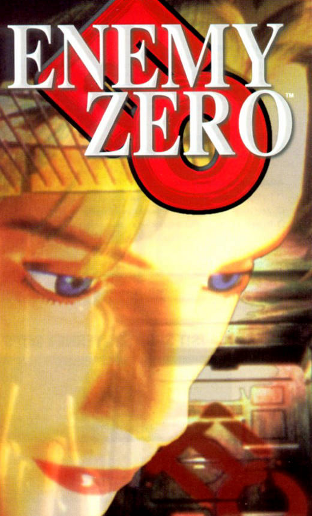