In a world distorted by a cataclysm, an amnesiac, mute young man must explore the halls of the Neuro-Tower to unearth what caused the disaster and how his own past ties into the events. Originally released in 1998, it wasn't released outside of Japan until 2008.
PlayStation 2

Baroque is a roguelike style role playing game release for the Sega Saturn, Playstation 2, and Nintendo Wii video game systems. Unlike other roguelike titles, Baroque is played in full 3D, and the players move in real time. Traditional roguelikes had turn based movement. In Baroque, dying aids in pushing forward the story. When the player dies, they can choose to restart the game, uncovering new pieces on the plot. Unfortunately, the player's entire inventory is also lost, and they must begin at level 1. Some see this as tedious, but it is a traditional feature of modern roguelike games, such as Breath of Fire: Dragon Quarter. One other aspect of roguelikes present in Baroque are the randomly generated dungeons. Each floor of Neuro Tower will be new upon re-entry.

The main protagonist of the game, whom the player controls, is a mute amnesiac.

The game has one primary location, Neuro tower, which the player must ascend to advance in the game. Inside neuro tower, the player can find an assortment of items. However, as is standard in roguelike titles, if the player dies, all within their inventory is lost. The only chance the player has to hold parts of their inventory are consciousness orbs, which can be used to store up to five items outside of the tower.

In the original Sega Saturn title, the player was limited to a first-person view, though in the Wii and PS2 versions, the player could swap between first and third person perspectives. 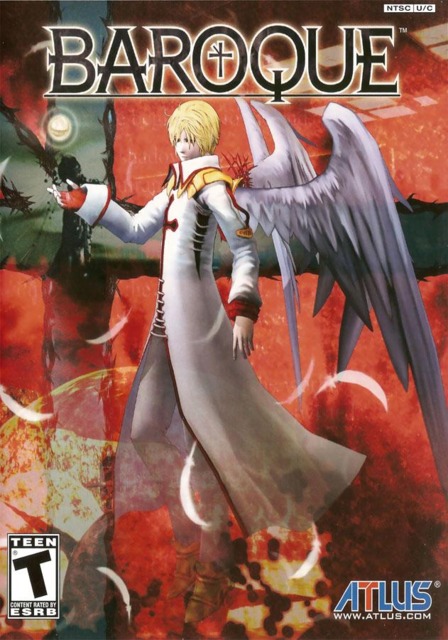