A monster collecting, breeding, and fighting game for the Game Boy Color. Terry's sister has been kidnapped and he must find and save her at any cost.

Terry and his sister Milayou are chasing each other around playfully in their home, when his sister decides it is time to go to sleep. She goes on to mention that their parents told them that if they stayed up too late monsters would come into their room and carry them away. Terry then says (or rather Milayou responds to an unspoken comment) he wants to meat these monster. Milayou calls her brother silly, and the two go to bed. Terry then wakes up (the player now has control over him) and walks into the next room.

In the next room he meats a monster who jumped out of a drawer, asking him if he is Milayou. The monster figures out the player is not Milayou and says he has no interest in him and explains he is Warubou from the Kingdom of Greatlog. He then violently knocks the player out of the way and kidnaps Milayou. Moments later another monster jumps out of the same drawer. This monster seems to be clueless on the events that have just occurred, asking where Milayou is. He notices that Terry speaks "monster talk" and asks Terry where Milayou is. Terry explains the events that have just occurred and the new monster remarks about how he was "too late". He then tells Terry his name; Watabou. Terry asks where his sister is and Watabou tells him that if he follows him then Terry may have a chance to find her. Terry jumps into the same drawer both monsters came from and is teleported to a strange room.

In this room he is greeted by an old man in a gray robe. He remarks how Terry "must be the master". He tells Terry that he is in the Kingdom of GreatTree and he must go pay his respects to the king. He further explains that the kingdom is created inside a big tree and the castle is at the very top of the tree. Inside the throne room Terry is greeted by the minister of the kingdom who tells Terry that the king has a request of him and pleads him to comply with his request. The king's request is for Terry to enter the Starry Night tournament, and win. Terry says he would rather find his sister. The king tells Terry that the winner of the Stary night Tournament is granted a single wish, and he could use that wish to find his sister. The king offers Terry some monsters and sends him out to Pulio the master of the monster farm.

Once at the farm Pulio accuses him of trying to steal his monsters but quickly figures out that Terry is actually the new master and not a thief, apparently by his scent. He then confesses to Terry that he only has one monster left, as the rest have all been stolen! Slib, the favorite monster of the previous king. Back in the throne room the king displays surprise that Terry picked such an old weak monster. He calls in Pulio and demands to know if the monster "Hale" escaped too, Pulio confirms that Hale did escape. The king then says he is throwing Pulio in the dungeon for his mistake. Terry, being the good guy he is, says he will catch Hale in order to save Pulio from his fate. He then tells Terry that Hale has escaped through one of the Travelers' Gates. If Terry can bring Hale back, Pulio will be pardoned.

After progressing through the first gate, Terry finally meets up with Hale. Hale claims he does not want to go back to the castle, but after beating him he says he would like to go with Terry on his adventures. Back at the throne room the king displays delight over the fact that Hale has been brought back to him, only to learn that Hale would rather go with Terry. The king, is a sudden change of actions, decides he is happy over this choice and frees Pulio. Terry is informed that there are rivals waiting to fight him at the arena.

At the arena, Terry wins the first two matches he is able to fight the final challenger of the G-ranked battles, the Principal of the Master School. The Principal of the Master School comes onto the state and introduces himself. After winning the match Terry is told the king wants to talk to him. The kind tells Terry he is proud of him for winning G-class, but in the middle of the conversion someone barges into the room. He asks the king how he is going, addressing him as "King of GreatTree". The stranger reviles that the king is the host of the tournament this time around and tells the king he must fight with honor. The man then looks at Terry and remarks him as a "cute little child" and asks him if he was "playing with the king". He then tells Terry that he is the King of Greatlog, the kingdom that kidnapped his sister.

The king begs Terry to win, reveling his dislike towards the other king. The king opens up the Room of Villager & Talisman as a reward for Terry winning in G-class.

The game is a monster collecting, breeding, and fighting RPG. The player can have up to three monsters at one time and when they catch other monsters, they must go into storage. The turned-based combat is much like the other Dragon Warriors games and, expanding on the monster befriending mechanics of Dragon Quest V, the player wages battle exclusively through up to three monsters. The player can order these monsters to either choose their own attack by simply selecting the Fight command, or can manually choose what attack that they want their monster to use; however, the monster must like the player enough to listen to him. Raising a monster's adoration to the player more involves feeding them meat.

The player is able to breed monsters based on gender, type, and what family the monster is from. When the player breeds two monsters, the monsters picked by the player will disappear, leaving only the offspring of the parents in an egg form. Every monster is part of a family of monsters, which are all predetermined.

Slime Family - Monsters that appear mostly as small drops of slime. They are one of the more popular types of monsters in the Dragon Quest series. They are very balanced monsters.

Beast Family - Contain some of the more brutal monsters, as they have high attack and HP stats.

Bird Family - Bird-like creatures that have high agility in fights.

Bug Family - Resistant to poison, and have decent attacking and defending capabilities.

Plant Family - The main magic users for the game, as they have high intelligence and MP stats.

Materials Family - Tanking monsters, they have very high defense and are resistant to spells.

Boss Family - Made up of monsters that the player fights as bosses. They are difficult to breed, but are the strongest monsters.

Different family combinations will yield different creatures when breeding monsters. After two monsters mate, an egg will be left behind that the player will then have to pay a fee to hatch the egg. This gives the player the chance to get rid of the monster if they don't like the outcome of the breed, but will not receive the parent monsters back from the transaction. The monster that the player has bred will have traits from both the mother and father, and will also possess some of the abilities from them as well. 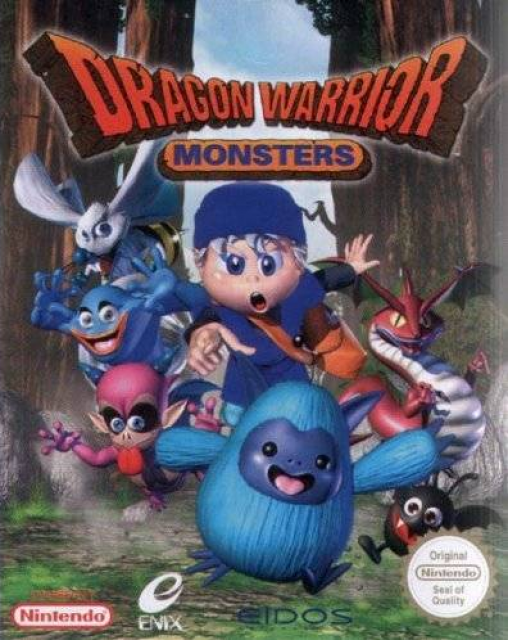