The Godfather: The Game

Become the Don by extorting businesses, racketeering, whacking rivals and starting gang wars across the whole of New York City. Welcome to the family.
PlayStation 2 Xbox 360

1936 the game starts with a cutscene that shows a hit on the father of the main character (who, for the sake of reference, is called Aldo Trapani here, according to the default set name) and blowing up of his bakery by the Barzinis, the Corleones' rivals in New York City. In the aftermath, Don Vito Corleone comforts the child, telling him that when he is old enough and the time is right he will take his revenge. The story then fast-forwards with the 1945 wedding scene in the opening of the film, wherein Aldo's mother asks Don Corleone to look after her son, who has been hanging with the wrong crowd. Luca Brasi is sent to recruit Aldo and teach him the ways of the Mafia. From this point forward, Aldo is taken under the Corleone Family's wing and works his way up in the organization.

Essentially, there are two stories in the game that intertwine, the first involving the major events of the film (with the character making central contributions) and a personal story arc. In the former, Aldo witnesses Luca Brasi's murder, plants the gun for Michael Corleone to kill Sollozzo and the police captain McCluskey, helps Rocco put the horse head in Woltz's bed, guards Don Vito Corleone at the hospital,witnesses the death of Sonny, kills significant Corleone rivals duringthe baptism, and appears at the meeting of the five families. In the latter storyline, Aldo befriends and later kills Corleone associate"Monk" Malone, because he turns out to be a traitor, romances his sister Frances "Frankie" Malone and takes revenge for her death, and kills Don Barzini in revenge for killing his father, as well as assisting in the murder of the heads of the other three Families.

After the story missions have been completed, the character becomes an underboss. After he takes out the rival families' compounds he becomes the Don of the family.

Alongside the story missions, the player continues to participate in the business of taking over control of New York from the rival families. This includes extorting businesses and buying out rackets, seizing control of warehouses, performing contract hits, and fighting mob wars when the vendetta level between the Corleones and a rival family gets high enough. Completion of a series of prerequisites to reach 100% enables Aldo to become Don of New York in 1955.

Plus many more mobsters that try to stop you on your rise to the top.

There are five families in the game. They are identified by wearing different colored coats and with the family's shield, which has the family's first initial and it's color.

Within the game the player is able to use a variety of weapons. These include firearms which can be upgraded in exchange for money. Upgrades for the weapons increase the damage they do as well as the ammo capacity and the rate of fire of the firearm.

The player can also use melee weapons (e.g. baseball bats) and can throw projectiles. These include dynamite, molotov cocktails and bombs. There is also a garrote wire which can be used for stealth kills if the player manages to sneak up behind an enemy. If the player is close to an enemy who is low on health he is able to perform an execution. Executions can be done with either firearms and melee weapons and their animations vary depending on the position from which you attack the enemy.

The Godfather received generally good reviews But Francis Ford Coppola, the director of the film trilogy, did not approve the game feeling that the game was just a way to profiteer from his work.

The criticisms of the game were that on the ports to the Xbox 360 and the PS3, the graphics did not see much of an improvement over the previous generation's release. Additionally the the handling of the cars was identified as being poor, the heavy use of recycled character and vehicle models and the occasionally glitchy and stupid AI detracting from the overall experience. 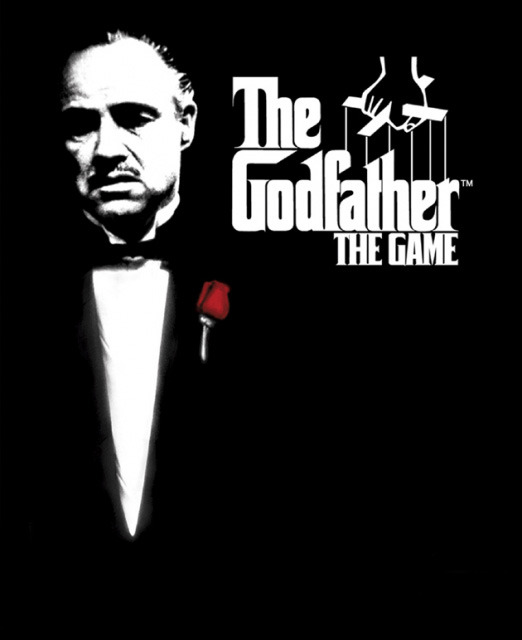